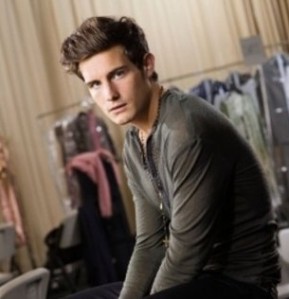 Is Nico Tortorella a good choice to play the role of Jace Wayland?

With the recent casting of Peeta and Gale for the Hunger Games movie now at a close, the hottest role in Hollywood is bad-boy Shadowhunter Jace Wayland in the ‘City of Bones’ movie adaptation.

For ‘Mortal Instruments’ fans, the agonizing wait that has been the casting process of Jace has been a long process.

Fan favorite Alex Pettyfer was offered the role two months ago and, according to Screen Gems Clint Culpepper, the offer is still on the table and the studio is still actively working towards getting Pettyfer to sign on for the role.

With reports of Pettyfer causing drama on the set of ‘I Am Number Four,’ fans soon turned their attention toward backing other actors for the role, including Max Irons and Douglas Booth.

But one actor, who stars in the forthcoming ‘Scream 4,’ told MTV’s Hollywood Crush that he would love to play Jace in the upcoming ‘City of Bones’ movie.

When Hollywood Crush spoke with Nico Tortorella about whether he had met with Screen Gems about the role, he said:

Say “if” he were to have a role in ‘City of Bones’ who would it be?

“Jace is the go-to character for me,” he revealed. “It’s still a bit early on that movie, and you know everyone and their brother is up for it. We’ll hopefully see how that unravels.”

>>Read the story at MTV.com

What do you think, ‘Mortal Instruments’ fans? Would Nico be a good Jace or would he be better suited for another TMI role such as Alec Lightwood? Sound off in the comments below!