A Recap of this Week’s Highlights In Case You Missed It: Movie Monday kicked off the week in discussing how the chemistry between Lily Collins and Jamie Campbell Bower  as Clary Fray and Jace Wayland will translate to the big screen. Cassandra Clare has dubbed their chemistry "incredible" and that should translate nicely on the big screen.

The second fan video of Lily Collins and Jamie Campbell Bower as Clary and Jace hit YouTube. I'm loving these two together the more I see videos like these. http://youtu.be/hhLcvZI-_xE

This week’s Tune Tuesday shifted to the “Infernal Devices” world. This week’s song is “Pretty Girl(The Way)” by Sugarcult. After listening to this song the more I realized that I had found the perfect song to describe the relationship between Tessa and Will (The Infernal Devices) at the end of “Clockwork Angel.”

Cassandra Clare revealed that Screen Gems is currently working around Lily Collins and Jamie Campbell Bower’s schedules before moving forward with formally casting other actors in the “City of Bones” film.

Lily Collins is set to begin filming her “Untitled Snow White” project on Monday. This is good for the “City of Bones” movie because principal photography on a movie lasts up to three months, which would make Collins ready to start shooting “City of Bone” come October/November. 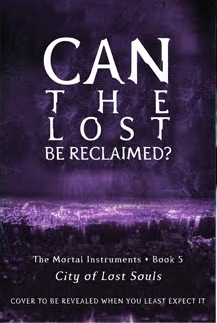 Glamour UK revealed Jamie Campbell Bower as one of 70 actors up for their “Sexiest Man of 2011.” Don’t forget to keep voting as the results won’t be revealed until September. Plus, who is sexier than Jace Wayland?