Sony Pictures Consumer Products has acquired licensing rights to The Mortal Instruments, according to LicenseMag.com.

Sony will also be looking for licensing partners at the Licensing Expo this week. 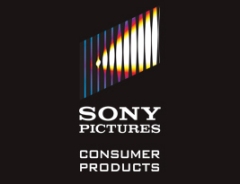 Sony Pictures Consumer Products has acquired the licensing rights to the upcoming film The Mortal Instruments: City of Bones.

The film, which is set to be released Aug. 23, 2013, is based on the first book in the New York Times bestselling young adult series, The Mortal Instruments, which has sold more than 4.5 million copies. Written by Cassandra Clare, the sixth and final book in the series is scheduled to be released in March 2014.

The film will follow teenager Clary Fray (Lily Collins) as she finds out truths about her past when her mom kidnapped by an unknown creature.

Sony is actively seeking licensing partners for the new property. Visit them in Booth 4467 at Licensing Expo this week in Las Vegas, Nev.

Merchandise is important to fans, especially in Young Adult franchises such as Harry Potter, Twilight and The Hunger Games.

What Mortal Instruments merchandise will you buy? Shirts? Accessories? Action figures? What products would you like to see? Sound off in the comments!