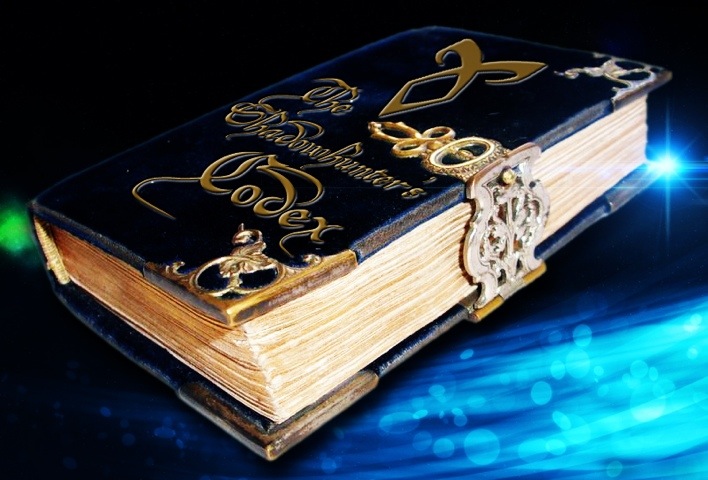 The mythology of the Shadowhunter World is one of the many things that make Cassandra Clare's bestselling novels so addicting. While these stories take place in our world (New York, London and soon to be Los Angeles), there is a whole new world right next to ours. The Shadowhunter's Codex: A Guide to the World of the Nephilim, due out November 2013, is a guide for fans to the Shadow World. Check out this synopsis posted on Clare's site:

With Valentine Morgenstern’s plan to disrupt the Shadowhunters’ world foiled, her mother awake from her coma, and her relationship with Jace Wayland finally getting off the ground, Clary Fray’s life has finally calmed down a little—just in time for her to begin training to fulfill her destiny and become a Shadowhunter, like her mother before her. She’ll immerse herself in their history, in their magic, in the Downworld of vampires and warlocks. She’ll learn to fight, to identify demons, to know the Shadowhunters’ places and territories like the back of her hand. And she’s racing to catch up with her fellow Shadowhunters, who have been doing this a lot longer than she has. Doesn’t mean she can’t have a little fun, of course… The Shadowhunters’ Codex is intended as a guide for fans to the world of Cassandra Clare’s Shadowhunters series, The Mortal Instruments and The Infernal Devices. It provides a concordance to the many fantastical creatures, places, and things of the books, but also fleshes out the world of the Shadowhunters with new details, new monsters, new runes, new magic. The Codex is the Codex itself, a textbook for new Shadowhunters, and also notes and art added in by Clary, commenting and updating things. (For one thing, the Codex’s official take on things is often not quite the same as what Clary knows to be true. The facts it claims about warlocks alone are outrageously incorrect!) It also contains many stories not yet touched upon in the Shadowhunter novels: the story of Jonathan Shadowhunter and how the Shadowhunters came to be, the creation of the Silent Brothers, the invention ofparabatai and much more. Unlike the Shadowhunters novels, but befitting an encyclopedia of their world, the Codex’s articles are illustrated by a number of great fantasy illustrators: Rebecca Guay, Charles Vess, Jim Nelson, Theo Black, John Dollar, Michael Kaluta, Elisabeth Alba, and Cassandra Jean. It will be available for purchase by mundanes in late fall 2013.

Clare also took to Tumblr to post an example of what The Codex, with notes and art from Clary, will look like:

Attention Institute Directors! Does increased demonic activity in your region mean you’re spending all your time making new Shadowhunters and training them? Don’t you wish you had some sort of teaching tool to bring them up to speed more quickly, so they can get on to the job of helping you turn back the denizens of Hell? Well, such a teaching tool already exists: the Shadowhunter’s Codex.

Now in its two hundred and seventy-ninth edition, the Shadowhunter’s Codex has been teaching new Shadowhunters since the late 12th century: the history and the law of their new world; how to identify, interact with, and if necessary destroy that world’s many colorful denizens; and which end of the stele is the end you write with (the thinner end). What the heck is a Pyxis? Why can’t we use guns to fight demons? Why have I just gotten in trouble with the Council for some obscure infraction dating back to before the Renaissance? If I can’t see a warlock’s mark, is there a polite way to ask him where it is? (There is not.) Why do I have to memorize the names of dozens if not hundreds of angels that we only ever use to name seraph blades and nothing else? Where do we get all that holy water? These and/or many other important questions are covered by what generations upon generations of Shadowhunters have known as “the Codex.” Geography, History, Magic, Zoology textbook all rolled into it, the Codex is here to help new Shadowhunters navigate the often beautiful, often brutal world into which they have just nobly thrown themselves.

Tired of carrying around weighty tomes bound in obscure leathers and closed with bronze buckles? Tired of borrowing editions from your Institute library whose bindings are worth more than your yearly salary from the Clave? Wondering where the money for that salary comes from? Good news! The Codex will soon be available in a smart, modern edition using all of today’s most exciting printing techniques: a sturdy clothbound cover! a protective dust jacket! information about title, author, publisher, and so on easily available right on the cover! Attaches neatly to your weapons belt! Won’t set off metal detectors!

{Psst. Um, Clary here. Hi. Look, the Codex is full of useful information — Simon says it’s like a game manual for being a Shadowhunter — and that’s great, but first off, it’s a little stuffy, and second, it’s way, way out of date. No mention of the Mortal War or Sebastian, much less the more recent drama we’ve all been going through. So this version of the Codex is my edition and I’ve tried to fix it up a little. I’ve added in notes, updates, comments, and I’ve put in some of my art as well—my images of the Shadowhunter world and also, just because, some drawings of my friends.} 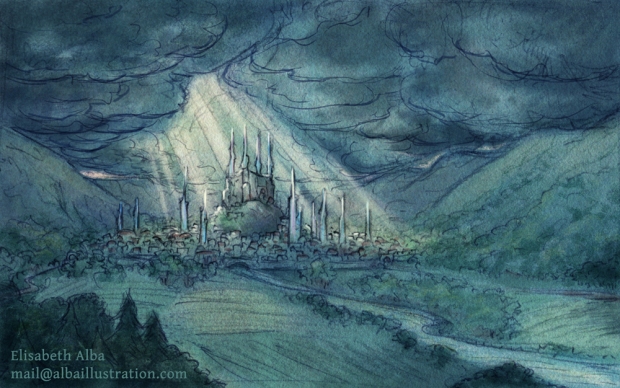 Sketch of Alicante (The Glass City) by Alba

Are you excited to see the Shadow World come to life in The Shadowhunter’s Codex? Could this be one textbook you are excited to read? Sound off in the comments!

8 Comments on New details about ‘The Shadowhunter’s Codex’ emerge