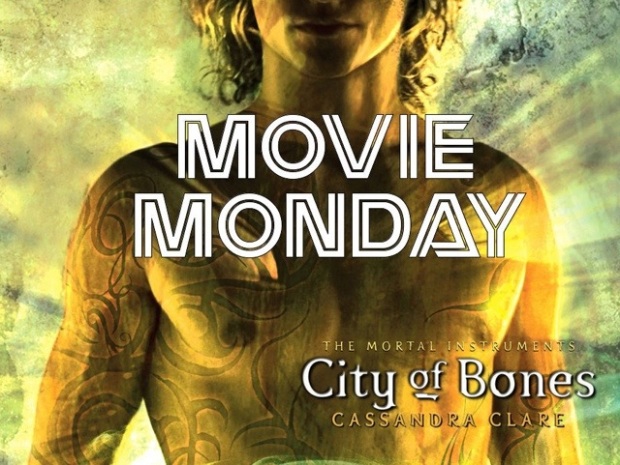 We are less than a year away from the theatrical release of The Mortal Instruments: City of Bones and the hype for the adaptation of the internationally best selling series by Cassandra Clare will only continue to grow as the release draws nearer.

Each Monday leading up to the August 23, 2013, release of The Mortal Instruments: City of Bones, we will take a look at a scene, moment, detail, etc. and give our opinions on how we think it will be interpreted in the big screen adaptation.

Week 31: The Many Names of Simon’s Band

Alyssa, TMI Source: One of the thing’s that is consistent throughout the entire series is an element of humor and that’s certainly not lacking in the premiere novel. One of the running jokes in the fandom throughout the series are the many names of Simon’s band and that begins in CITY OF BONES. As much as I would love to hear Clary and Simon discuss the various names such as Sea Vegetable Conspiracy, Rock Solid Panda, Lawn Chair Crisis, The Sexist Pigs and the Fortuitous Occurrences I don’t think there will be much discussion on that as there is a greater concern with including plot points from the 400-plus page novel into a two-hour or so film. But you never know, they did cast Eric after all…

Amber, TMI Institute: One of things I’m hoping they do in the movie is change the name of Simon and Eric’s band with every mention, which is much like what Cassie does in the book. Some of the different name options that Simon and Clary discuss include Sea Vegetable Conspiracy, Rock Solid Panda, Lawn Chair Crisis, The Sexist Pigs and the Fortuitous Occurrences. This would be something fans of the book would love! Let’s hope a few of these names show up in the film, so we can giggle along knowingly!

Natalie, TMI Examiner:  I just love the comedic elements throughout ‘The Mortal Instruments’ and this includes the various names for Simon’s band. I mean who couldn’t love a band named Sea Vegetable Conspiracy, Rock Solid Panda, Lawn Chair Crisis or The Sexist Pigs and the Fortuitous Occurrences? I’m personally partial to Sea Vegetable Conspiracy but really hope that the film will use the various names. Unfortunately I do bet that most discussion of the band will be cut as a way to focus on the more important story points. However, I hope that it is mentioned in a conversation with Lily (Clary) and Robert (Simon) and then during that conversation the band is referred to by a different name with each mention. Fingers-crossed and hoping to hear about Simon’s band in ‘The Mortal Instruments: City of Bones!’

Tita, TMI News en Español: One of the funny things in Cassie’s books (and let me say that there are a lot of them) is Simon’s band and their different names: Sea Vegetable Conspiracy, Rock Solid Panda and Lawn Chair Crisis are a few of them. Every time Clary asks him for the band they have a new name and every new one is funnier than the old one. I just really hope they keep them for the movie, at least a few of them so fans will feel that the movie is more like the book.

What are your thoughts? Would you like to hear a mention of some of the many names of Simon’s band? Do you think it will be included in the film? Join in on the discussion!

Check back next Monday for the next edition of Movie Monday.

8 Comments on Movie Monday #31: The many names of Simon’s band