Over the past couple of months, fans have been treated to the sight of many amazing Shadowhunter-inspired tarot cards by Cassandra Jean.

Cassandra Clare shared a previously-released card–featuring Drusilla and Octavian Blackthorn from The Dark Artifices–as well as revealed that every day for the next 84 days she will be sharing the complete deck, which Jean has completed, in order.

Cassandra Jean has finished the complete Shadowhunter Tarot, so for the next … eighty-four? days I’ll be posting a card a day in order, from the first card to the last. Some will be under spoiler cuts; some you’ll have seen before — I’ll explain why each character has the card they have. 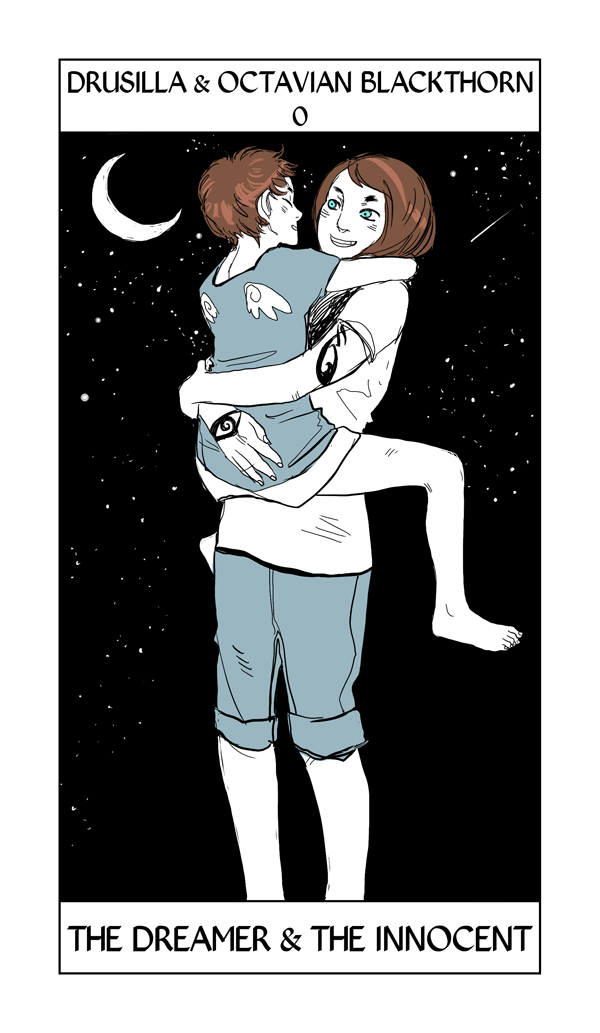 This card corresponds to the Fool, which can be either 0 or 22 in the Tarot. We decided to do one 0 and one 22. 0 is Drusilla and Octavian Blackthorn who we picked because they symbolize uncorrupted innocence which is an aspect of the Fool card.

There have been a lot of questions about whether or not these cards will be available for purchase, and Clare has said that they are working on it. Right now Sony Pictures owns merchandising rights for all things Shadowhunters, but she will keep us updated.