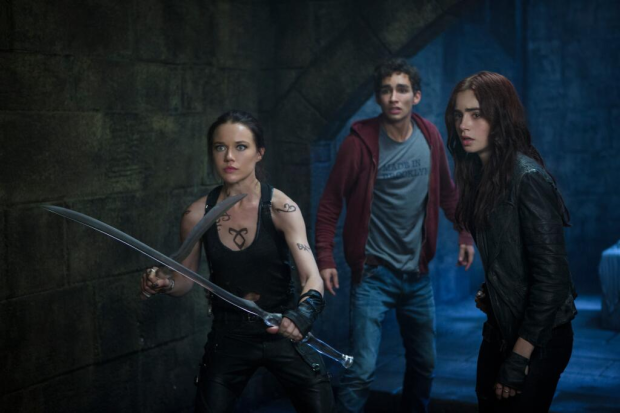 MovieFone named The Mortal Instruments: City of Bones to its list of most-anticipated movies of Summer 2013 for action and family film categories.

‘The Mortal Instruments: City of Bones’

Release Date: August 23
Who’s in It: Lily Collins, Jamie Campbell Bower, Lena Headey, Jonathan Rhys-Meyers
What It’s About: When her mom is attacked by a demon and taken from their home, an “ordinary” teenage girl, Clary Fray, finds out truths about her past on her quest to get her back.
Why We’re Excited: This movie has so much hype around it, we can’t even put it into words. Prepare yourself for a “Twilight”-like reaction, folks!

‘The Mortal Instruments: City of Bones’

Release Date: August 23
Who’s in It: Lily Collins, Jamie Campbell Bower, Robert Sheehan, Jonathan Rhys Meyers
What It’s About: Clary Fray, a 15-year-old New Yorker, realizes that she can see supernatural creatures no one else can. When her mother (Lena Headey) is mysteriously kidnapped, she steps into an underground world of Shadowhunters — fierce (and gorgeous) demon slayers, vampires, werewolves, and more.
Why We’re Excited: Best-selling young adult books don’t always translate into popular movie franchises, but if anything has an excellent shot of joining the “Hunger Games,” “Twilight,” and “Harry Potter” level of hysteria, it’s Cassandra Clare’s hugely beloved paranormal series. There’s supernatural suspense, pulse-quickening romance, and enough action to satisfy teens and adults alike.

Head over to MovieFone for the full lists.

1 Comment on THE MORTAL INSTRUMENTS: CITY OF BONES named to MovieFone’s list of most anticipated Summer movies