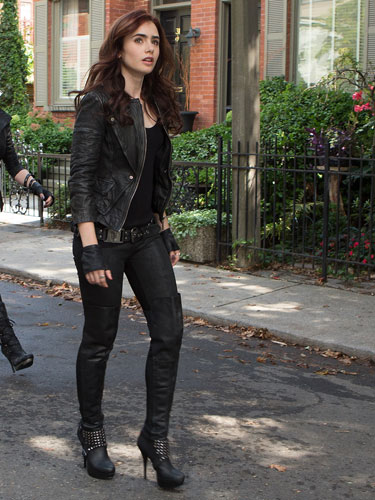 In the interview, Lily talked about the struggle of performing stunts in heels:

“That was part of the struggle with the stunts. It’s one thing doing it in yoga pants, it’s another to do it in a short dress and heels. […]Even though Clary is not 100% comfortable in them because that’s not who she is, she owns it because she starts to own her power!”

Be sure to pick up the September 2013 issue of Seventeen Magazine when it hits newsstands next month.

10 Comments on New ‘THE MORTAL INSTRUMENTS: CITY OF BONES’ still from Seventeen