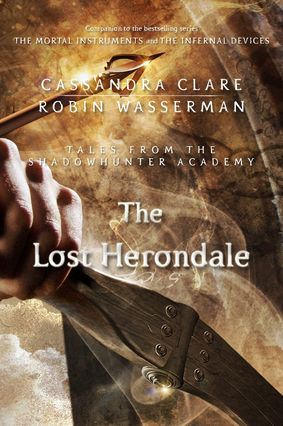 Yesterday Cassandra Clare shared that Jack Falahee from ABC’s How To Get Away With Murder will be the narrator of The Lost Herondale and today Cassie posted an excerpt:

The Lost Herondale is the second installment of Tales from the Shadowhunter Academy and it will be released on March 17. It is also the first installment which is co-written by Cassandra Clare and Robin Wasserman.

4 Comments on Cassandra Clare shares excerpt from ‘The Lost Herondale’