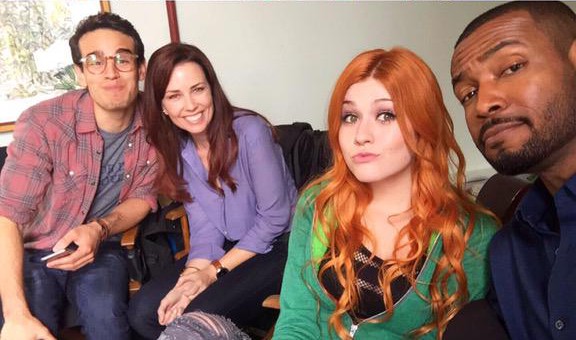 The second week of filming on Shadowhunters kicked off Monday — Day 6! — and our Clary, Katherine McNamara didn’t disappoint.

Shadowhunters stunt coordinator Steve Lucescu shared a photo from set featuring his chair, and look what’s on it… a seraph blade!

Talked to Cassie @cassieclare today and thank her for taking time to chat, so that I can design each ShadowHunters skills as she intended…

Showrunner Ed Decter took a moment from filming to thank Cassie for her incredible world.

We here at @ShadowhuntersTV salute @cassieclare without whose brilliance, and imagination there would be no ShadowHunters!

Shadowhunters will film its first season through October in Toronto and will premiere in early 2016 on ABC Family.

10 Comments on ‘Shadowhunters’: Photos from Day 6 of Filming