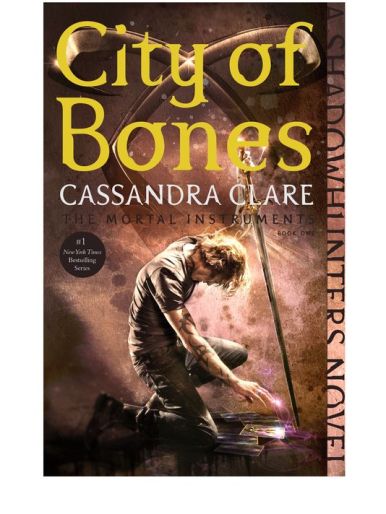 Repackaged editions of The Mortal Instruments and The Infernal Devices will be published in less than a week (September 1) and to celebrate, Cassandra Clare shared something very special: a snippet from Jace’s POV in the City of Bones Collector’s Edition.

The special edition of City of Bones is the only repackage that’s hardcover.

It is only available through Barnes and Noble. Unless people decide to sell it on Ebay, it will never be available anywhere else.

All the repackages have maps of New York (TMI) or London (TID) and forwards by me talking a bit about why I wrote each series. Only the B&N edition is 1) in hardcover 2) a book that contains the opening scene from City of Bones from Jace’s viewpoint.

It’s called “Awake”, from this quote: It was like he was always half-awake where other people were concerned. And then we met you, and he woke up. — Isabelle to Clary, City of Glass

Jace glanced over at Alec and Isabelle. Killing a demon in front of a mundane, unless there was an immediate threat, was something of a no-no. Mundanes weren’t supposed to know about demons.  For one of the first times in his life, Jace found himself at a loss. They couldn’t leave the girl with the Eidolon; it would kill her. If they left the Eidolon alone, it would escape, and kill someone else. If they stayed and killed it, they’d be exposed.

“Knock her out,” Alec muttered, under his breath. “Just … whack her on the head with something.”

But she only planted her feet harder. He could see the look in her eyes, like exclamation points: No! No!

“Jace!” Isabelle’s eyes flashed. They were depthless, black, angry. Isabelle never got angrier than when Jace risked getting himself in trouble or danger. And he was risking both, now. Breaking the Law — talking about Shadowhunter business with mundanes — and what was worse, he was liking it. Something about this girl, her stormcloud of red hair and her snapping green eyes, made him feel as if his veins were filled with gunpowder and she was a match.

As if, if she touched him, he’d burn up. But then, he loved explosions.

The Collector’s Edition is only $16.24 right now and international shipping is almost $13.

Which editions will you be buying?