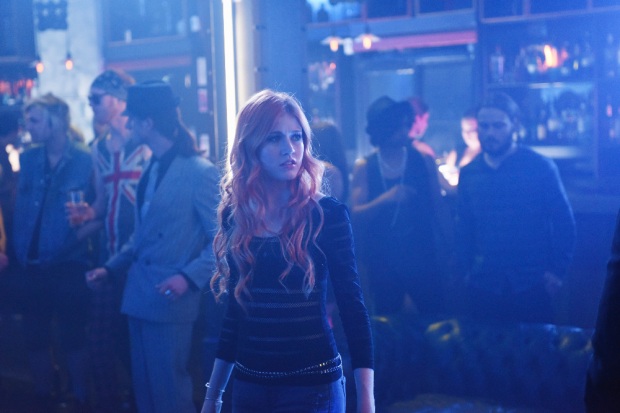 This is an advance review for the Shadowhunters pilot (premiering Jan. 12 on Freeform). While there are no major spoilers, there are minor spoilers regarding the overall plot of the first episode.

When it comes to screen adaptations of popular book series the biggest criticism tends to be a lack of faithfulness to the source material. And that doesn’t necessarily mean that it’s not following the book page for page. As far as I’m concerned faithfulness to the source material equates to staying true to the essence of the story; the reason why fans fell in love with the story in the first place.

For me that’s always been my biggest concern about Shadowhunters. I don’t mind changes – in fact, I expect and even encourage them – so long as the soul of the story and the characters remains in tact. But with the reveal of the changes coming to the show – both subtle and major – I was worried about the show trailing too off course from the books and becoming something else entirely.

If that’s to be the case in the future of the series, the pilot was pretty faithful in regards to following key events in the story while adding new pieces to the story. It’s like the cast has been preaching: they get from point A to point B but in their own way. But I’ll admit it’s puzzling to watch how the world has been tweaked to fit with the year 2016, including the social media craze and greater technological advances. The Shadowhunters culture is built upon the lack of technology and that’s important in the books, which begs the question, why are there computers and iPods in the Institute? Doesn’t that make their magic useless?

The Shadowhunters pilot follows the beginning of City of Bones as it’s the night of Clary’s 18th birthday, one of the acceptable differences from the book, and her fated introduction to the Shadow World complete with key elements from the book that fans will recognize. We glimpse the series’ integral characters, from Shadowhunters to humans to Downworlders, as the groundwork is laid for the series. Judging from the pilot alone, Shadowhunters looks to be pulling some storylines from the books and expanding upon them with their own vision, which won’t be entirely embraced by devoted book fans. But the potential is there.

Shadowhunters has some key elements from City of Bones: the mythology, the famous locations, recognizable scenes, and the characters. But where it struggles is the execution of it all. The pacing was rushed, there was too much mythology glossed over, the female characters were over sexualized, and some of the dialogue was just terrible. The writing is very flat and lacks substance especially when coming from a book where the dialogue keeps the momentum of the plot going. But there were some well-placed lines. The stunt choreography was fantastic and the music was an improvement from the film, but the special effects seemed to overwhelm senses rather than give a subtle essence to a different world.

With a new medium for The Mortal Instruments has come a new cast that the fandom has warmly embraced. The show is well cast, there is no doubt about that, but a big concern of this adaptation has been whether or not the characters are done justice. But I must say it really shows on screen how some actors excelled in the research of their roles.

One thing you should know about pilots is that they’re far from perfect. It’s forty minutes to sell a show and convince the audience to give a damn. But it also serves as the backstory for the show, which means there is a lot of exposition and a ton of information crammed into a single episode. Most of the time it can feel too rushed or too much to take in all at once.

Shadowhunters definitely fell victim to that. While there’s plenty of story to tell, the pilot felt like it was sprinting the entire time. There needed to be some space for it to breathe; to really take in each scene and let it play out instead of rushing it due to time constraints. But that’s often one of a pilot’s biggest criticisms: too rushed.

While I’m not closed off to change, the change that rubbed me the wrong way had to do with the characters. The characters lacked heart and depth, and I found myself not really caring about them. But there were also new characters that take over vital roles from essential characters. It’s those kind of fundamental changes that worry me. I’m open to subtle changes in the storytelling of it all, but the foundation of this story is the characters and their importance in the grand scheme of things. My biggest concern moving forward is that Shadowhunters doesn’t struggle with presenting these characters that we love as something else entirely. They are the reason why fans love the books, and they’ll be the reason why the fans love or don’t love the show.

When push comes to shove, the action sequences won’t mean a damn thing if no one cares about the people fighting. It’s one of the reasons why those superhero shows like Arrow, Flash, and Supergirl work. Sure, the initial draw is the superhero element of it all, but there’s a greater emphasis on the characters as people not as their superhero personas, which binds the audience to these characters and makes them give a damn. Honestly, that’s the direction I pray Shadowhunters takes. Make us love these versions of the characters; make them stand tall on their own; make them exist as an extension of the plot and not in spite of it.

While female strength is one of the most important messages in The Mortal Instruments and Cassandra Clare’s books in general, Shadowhunters came off as demeaning to the women on the show and the women watching it. It became more about how the women were perceived physically rather than intellectually. In the books, Isabelle is a beautiful woman, but she uses her feminine superiority as a weapon not as an excuse. I can only hope that the women of Shadowhunters are treated with more respect moving forward. 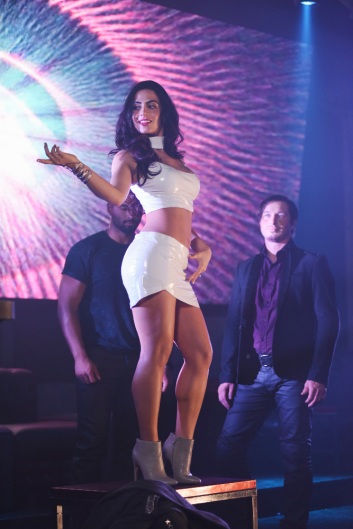 With Shadowhunters being based on The Mortal Instruments, there are certain expectations that fans have about what to expect. Whether it’s significant moments from the books or character expectations, that’s one of the responsibilities that one takes on when adapting a worldwide phenomenon of a book series into a television show. While the pilot followed several significant scenes from the first few chapters of City of Bones, I was disappointed that a certain scene that fans were anticipating didn’t make the final cut. It’s scenes like that – that come directly from the book – that are nice treats for the book fans and show the strong foundation of the story’s roots; the scenes that the fans of the books are expecting because they’re such an integral part of the story. But I’m hopeful that we’ll see other scenes from the book take form on the small screen adaptation.

While Shadowhunters shows promise, for me it didn’t fully do justice for the book. Perhaps that’s because it’s a pilot and pilots often rub people the wrong way, but there was just something fundamentally missing for me as a viewer that tends to draw me to material. Although it pays homage to the book, Shadowhunters lacks the heart, the wit, and the intensity of the characters that we’ve grown to know and love. But Shadowhunters has the potential to get to that place. The question and concern is, will it get there?

After watching the show I discovered a newfound desire to re-read the books. I left the pilot feeling optimistic about the direction of the show moving forward. The show has potential, and it appeals to both the book and a new audience. It raises questions that people that aren’t familiar with the books would be interested in. While the pilot was far from perfect, it was enjoyable to watch the beginnings of this story take root, and I’m curious to see where Shadowhunters takes these characters and this story. There are pieces in place and an entire world to explore with this show that gives me hope that the producers will take it where it needs to go; where it’s meant to go; where it deserves to go.

Read other reviews about Shadowhunters:

43 Comments on ‘Shadowhunters’ Pilot Review: The Potential Is There, But It Falls Flat