Check your inboxes, Shadowhunters! Cassandra Clare sent out her March newsletter and subscribers were treated to a new snippet from the first installment of Ghosts of the Shadow Market, Son of the Dawn, and more!

In case you didn’t know, Ghosts of the Shadow Market is “a linked series of stories (like the Bane Chronicles and Tales from the Shadowhunter Academy) about Jem Carstairs after he became a Silent Brother. It’s also the story of the Shadow Market throughout the centuries, and how Jem pursues a mystery there that will effect him, his family, and eventually the whole Shadow World*. I’m excited to share these stories of new corners of the Shadow World, and hopefully they will lessen the pain of waiting for Queen of Air and Darkness to come out.” (Quote from the newsletter)

*Emphasis by me because 😮 😮 This sounds so mysterious!
The snippet that Cassie shared with her subscribers features Brother Zachariah and Jace/Jonathan:

“What do the initials mean? On your staff. Do all Silent Brothers have them?”

They looked together at the staff. The letters were worn by time and Zachariah’s own flesh, but they had been struck deep into the wood in the precise places where Zachariah would put his hands on them when he fought. So, in a way, they would always be fighting together.

The letters were W and H.

No, said Brother Zachariah. I am the only one. I carved them into the staff on my first night in the City of Bones.

“Were they your initials?” the boy asked, his voice low and a little timid. “Back when you were a Shadowhunter, like me?”

Brother Zachariah still considered himself a Shadowhunter, but Jonathan clearly did not mean any offense.

No, said Jem, because he was always James Carstairs when he spoke of what was dearest to him. Not mine.

By the Angel, I can’t be the only one who just got hit by Will and Jem feels, right?? This is so sweet and also so sad. ♥ 😥

Furthermore, we got the Son of the Dawn cover “without all those pesky words…”: 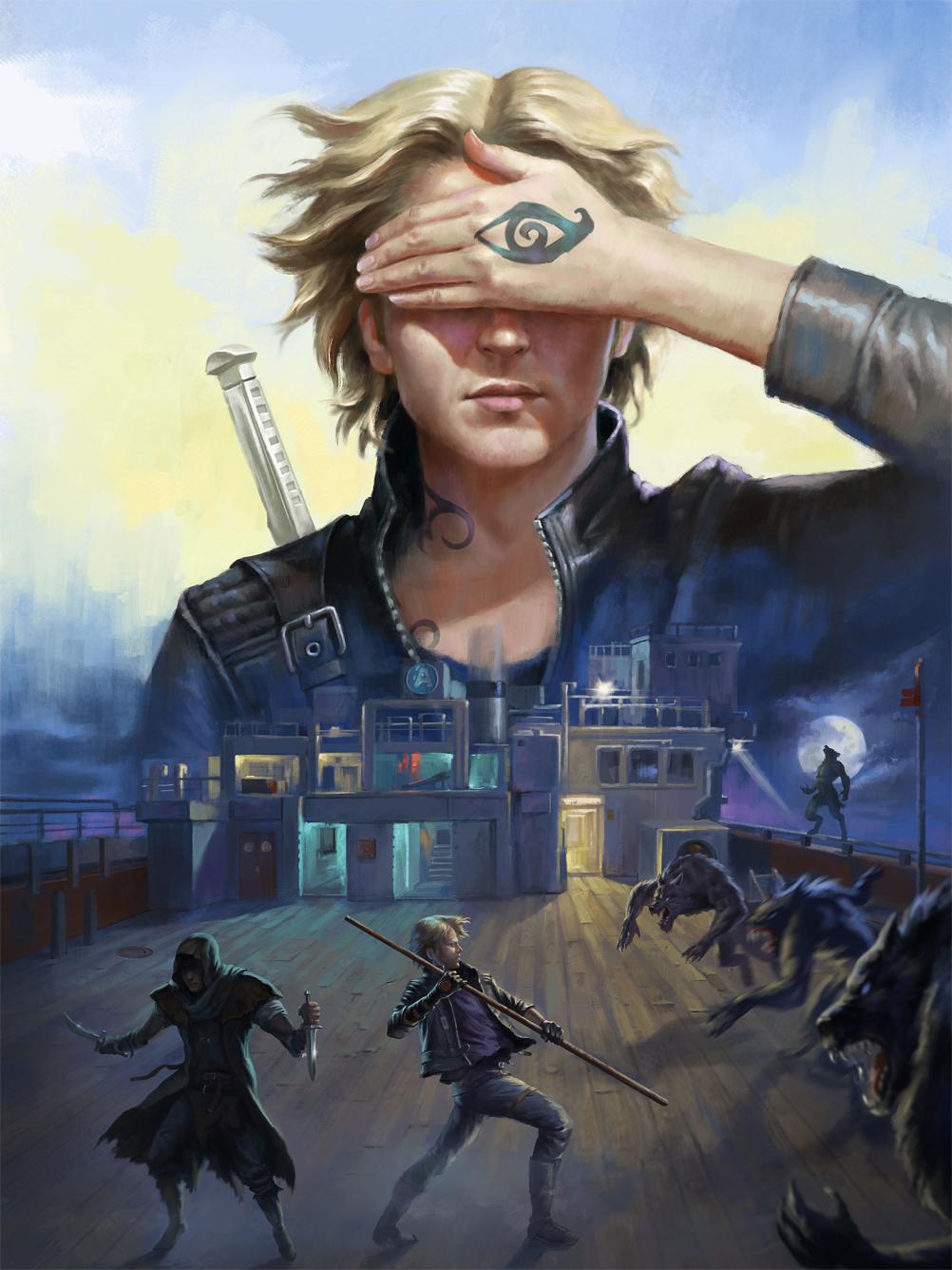 Cassie also answered some Ghosts of the Shadow Market questions on her tumblr:

C: Just as there were characters in the Bane Chronicles and Shadowhunter Academy who were introduced in those novellas, Ghosts will contain both characters we’ve seen before, and also characters we’ve never seen and are meeting for the first time. We’ll see them again in TEC, TDA, TLH, etc. They’ll be re-introduced in the main series-es, but it’ll be fun to have seen them already in the novellas.

will GOTSM progress as a story like tftsa or be more like tbc with the short stories set in different timelines? also will it start present day or during the time around tid/tlh?

C: GOTSM is a mystery-shaped book. Jem starts out trying to find out something (about Tessa) and it leads him down a road that winds him up where he and Tessa are in TDA*. The story jumps around in time — Cast Long Shadows takes place in 1901, Learn about Loss in the 1930′s, and the last stories during TDA — but the mystery starts in story one and continues throughout. (x)

will we ever know more about lily’s life?

C: Will we ever! In The Land I Lost, Lily tells Alec secrets about her mortal life that nobody else in the world knows, and which provide them with a vital clue to another mystery. And in The Red Scrolls of Magic, Alec meets Lily properly for the first time, which is the beginning of a beautiful friendship. We’ll also find out about three characters Lily has fancied—and you know all their names already! 😉 (x)

About GOTSM, i’ve been a little confused. Will the POV be entirely Jem’s, as it was Magnus’s in The Bane Chronicles, or will it be mostly Jem’s , but with sprinkles of other people, like in Tales From The ShadowHunter Academy?

And last but not least, Cassie told her fans a little teaser of what’s to come in Cast Long Shadows, the second short story:

Matthew is fifteen in his chapter in GOTSM, and the incidents and his choices in his story influence his behavior and his character, and impact his fate enormously, casting a long shadow on his life to come.

As all great sins must.

Son of the Dawn is published on April 10!

A print editon with two additional stories is going to be published by @simonteen in summer 2019.