It’s nearly the end of the month – bringing us closer to another Ghosts of the Shadow Market short story and Queen of Air and Darkness – so readers who are subscribed to Cassandra Clare’s newsletter were treated to another issue, which included a snippet and some art.
The exclusive newsletter snippet is from Queen of Air and Darkness and the art is also from The Dark Artifices.

Something struck Cristina’s back; she screamed as her feet left the ground. A harpy had sunk its claws into the back of her gear jacket and was lifting her into the air. She thought of stories about how eagles flew high into the sky with their prey and then released them, letting their bodies smash open on the earth below. The ground was already receding below her with terrifying speed.

With a scream of fear and anger, she slashed up and backward with her sword, slicing the harpy’s claws off at the joint. The demon shrieked and Cristina tumbled through the air, her sword falling out of her hand, reaching out as if she could catch on to something to slow her fall — she saw Mark’s pale, terrified face turned up toward her harpies surrounding him in a dark cloud —

Something reached out to seize her out of the sky.

She gasped as a hand caught her elbow, and she was yanked sideways to land awkwardly atop something warm and alive. A flying horse.

Whew, I’m glad Cristina is okay (for now?). Looks like Gwyn’s Wild Hunt is around. 🙂
The new art Cassie shared is something a lot of people/shippers have been waiting to see for a very long time.

And now the whole artwork: 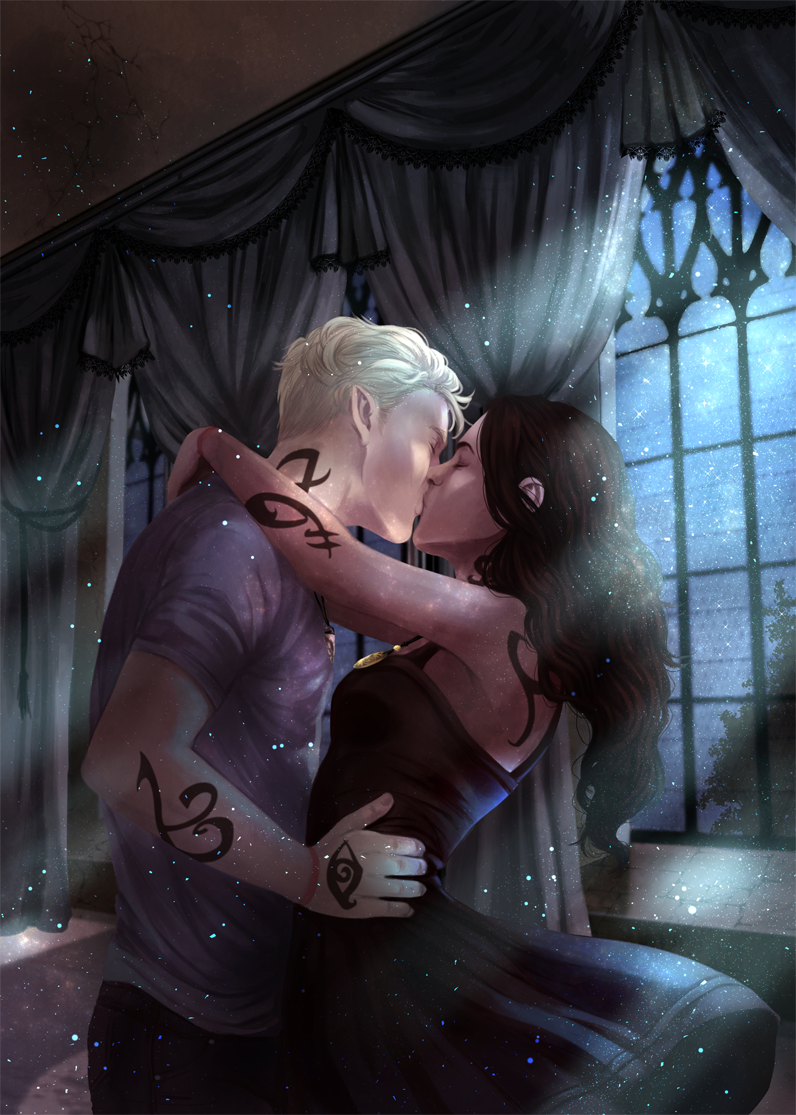 I love it! Doesn’t it look stunning? ♥

Queen of Air and Darkness is published on December 4!