The time has come to have a look at what Cassandra Clare has shared about Chain of Iron, her second The Last Hours novel that is published in just three days. The following information has been posted on tumblr, Twitter, Instagram or was revealed during interviews over the last year. Cassie has once again been very forthcoming so there is a lot to digest. 😉
Do not go on reading if you do not want to know more. Spoilers ahead!

What do we know about Chain of Iron?
First, let’s have a look at the synopsis:

Cordelia Carstairs seems to have everything she ever wanted. She’s engaged to marry James Herondale, the boy she has loved since childhood. She has a new life in London with her best friend Lucie Herondale and James’ charming companions, the Merry Thieves. She is about to be reunited with her beloved father. And she bears the sword Cortana, a legendary hero’s blade.

But the truth is far grimmer. James and Cordelia’s marriage is a lie, arranged to save Cordelia’s reputation. James is in love with the mysterious Grace Blackthorn whose brother, Jesse, died years ago in a terrible accident. Cortana burns Cordelia’s hand when she touches it, while her father has grown bitter and angry. And a serial murderer is targeting the Shadowhunters of London, killing under cover of darkness, then vanishing without a trace.

Together with the Merry Thieves, Cordelia, James, and Lucie must follow the trail of the knife-wielding killer through the city’s most dangerous streets. All the while, each is keeping a shocking secret: Lucie, that she plans to raise Jesse from the dead; Cordelia, that she has sworn a dangerous oath of loyalty to a mysterious power; and James, that he is being drawn further each night into the dark web of his grandfather, the arch-demon Belial. And that he himself may be the killer they seek.

Then there are the chapter titles: 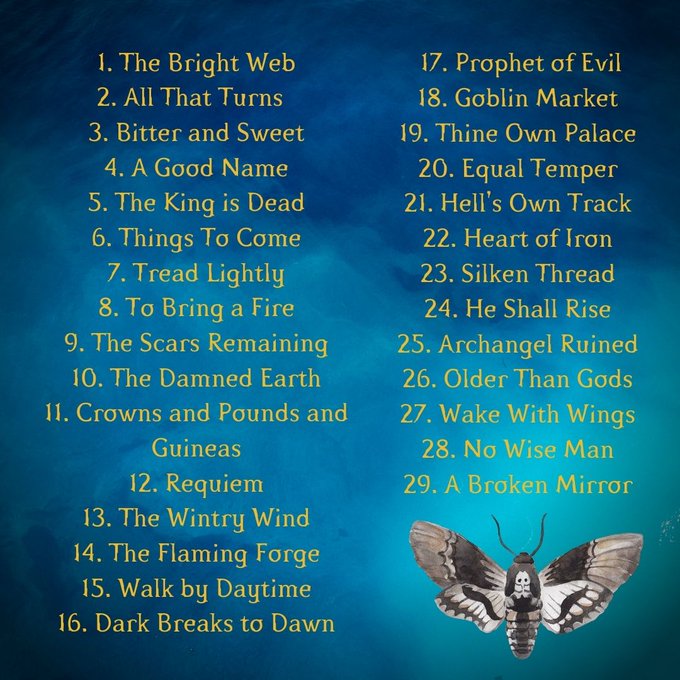 These are the most important things to know about Chain of Iron. Please bear in mind that some information given by Cassie could have changed!

Still can’t get enough of Chain of Iron? Click this link to read all the snippets that were shared and this link to check the Q&A posts (look for the ones dated after April 2020). You can also watch this Instagram Live where Cassie and I chat about The Last Hours.

Pre-order Chain of Iron now if you haven’t already to get a Collector’s First Edition. The first edition will have ten art pieces by Kathleen Jennings, and a short story called One Must Be Always Be Careful of Books, featuring Magnus and Jem. Make sure to read this short story after you have read Chain of Iron!
Thanks for reading, leave me a ♥ or a comment if you have made it until the end.

Come back on release day to read my spoiler-free review of Chain of Iron!