Happy Saturday! Yesterday a new issue of Cassandra Clare’s newsletter was sent out and we heard from someone very unexpected. Of course, we also got a snippet – this time from Secrets of Blackthorn Hall – new art and a photo of Reginald with his little sister Rosie.

Let’s have a look at the snippet first:

I hope you don’t mind, but you had said it was okay to get in touch with you anytime for advice, and I suspect that even beyond your usual good advice, you might have some familiarity here that would be helpful.

As you know, Julian and I have taken on the gigantic task of renovating Blackthorn Hall, or at least arranging for its renovation. So, you probably are totally unsurprised to hear, we found a ghost. (I say this because everyone else who was around back when this house was being taken care of, are also not surprised there’s a ghost.)

Good news: ghost is not unfriendly (or at least not violent). Bad news . . .

LOL, of course Cassie is stopping there! I hope the bad news isn’t too bad.

There was also art included in the newsletter and it’s particularly exciting!

For Halloween, we have a flash-forward to Dru and Ash in Faerie, in a scene from the Wicked Powers drawn by EK Belcher. Dru looks awfully pleased with herself, and how wicked are those faerie woods?

Another look at the art that Cassie shared in the today's newsletter.
Look at the rats and the other details on the ground! 🐀🧚 pic.twitter.com/Fey4jq6xlM

Amazing and a little spooky! I wonder why Dru and Ash are in Faerie. 😀
And before anyone is asking, Cassie hasn’t starting writing the trilogy yet, but she’s a plotter so she has “a pretty detailed outline!”

If you are looking for some cuteness, look no further: 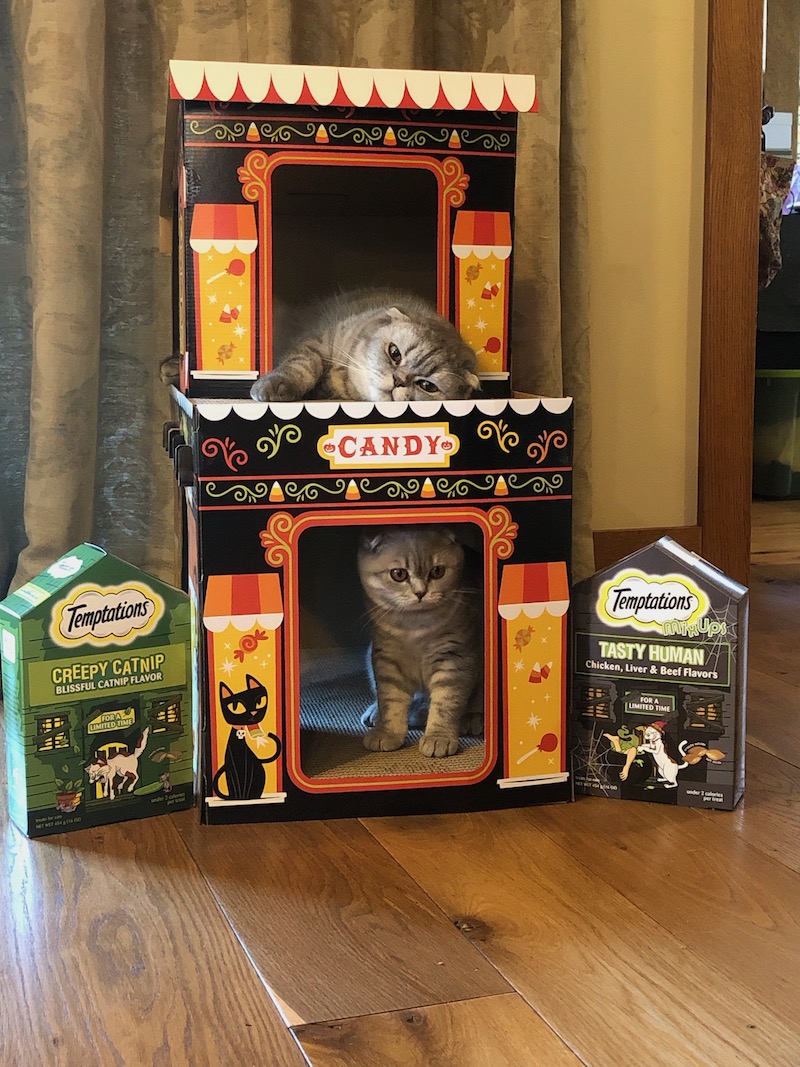 Reginald and Rosie stand ever-vigilant against the forces of darkness.

And now for the message from a very unexected someone:

Welcome to our first autumn at Shadowhunter Academy-In-Exile! It is a beautiful time of year here, a cavalcade of constantly shifting colors, of warm days and cooling nights…and also the time of year when mundanes most engage in strange, magic-related behavior.

Under normal circumstances, of course, the Academy would be operating on its usual grounds in Idris, where mundane customs are nowhere to be found. But here we find ourselves smack dab in the middle of the mundane world, and if you are not used to spending time so close to mundanes, here I’d like to offer some guidance for having the best possible October.

This is the time of year when mundanes around the globe perform rituals and hold festivals dedicated to the powerful non-mundane entities of the world. They do so now because, traditionally, they are offering gratitude to these spirits for the food they’ve successfully grown over the year, and asking support for increased success in growing more in the future. It’s believed that these rituals go back to the earliest days of humanity, when we first began to engage in farming at all, and had to work out agreements and treaties with the Fair Folk around our shared use of the land. (That’s why such rituals are found almost universally around the world.)

As a result, while some of the festivals and customs you’ll see are performed as only frivolous fun, others are taken quite seriously. In addition, because of all this ritual, the veils between worlds really are at their thinnest now.

Click here to read the rest of Headmaster Garroway’s letter.

That’s it for today. Have a great weekend and a cosy autumn season!