Happy Saturday, everyone! It’s the end of the month so it’s time for a newsletter recap. Cassandra Clare sent out a new issue yesterday and I can tell you it was a really good one: there’s a new Chain of Thorns snippet, Sword Catcher character art, information about the fifth anniversary edition of Lord of Shadows and more. Let’s dive right in!

First we have a snippet from Chain of Thorns and this one features Lucie and Jesse. I’m going to be honest, my jaw dropped when I read it.

“For so long, as a ghost, you were the only one I could touch. And now I am alive, and you are the only one I cannot.” Jesse looked up at the stars in the clear sky above them. “It hardly seems worth the return.”

“Don’t say that,” Lucie breathed. “There is so much to being alive, and you are wonderful at it, and Malcolm will find a solution. Or we will. We have found solutions to worse problems.”

He almost smiled. “Wonderful at being alive? That is a compliment.” He raised a hand as if to touch her cheek — then drew it back, eyes darkening. “I don’t like to think that what you did in raising me made you more vulnerable to Belial.”

Argh! I cannot believe it! Lucie and Jesse could finally be together and now he is not able to touch her? And what is up with Lucie and Belial?? I need answers!

Cassie is currently still on tour in the UK and she’s shared some photos.
The socially distanced photo op at YALC (Young Adult Literature Convention) in London, also featuring yours truly. 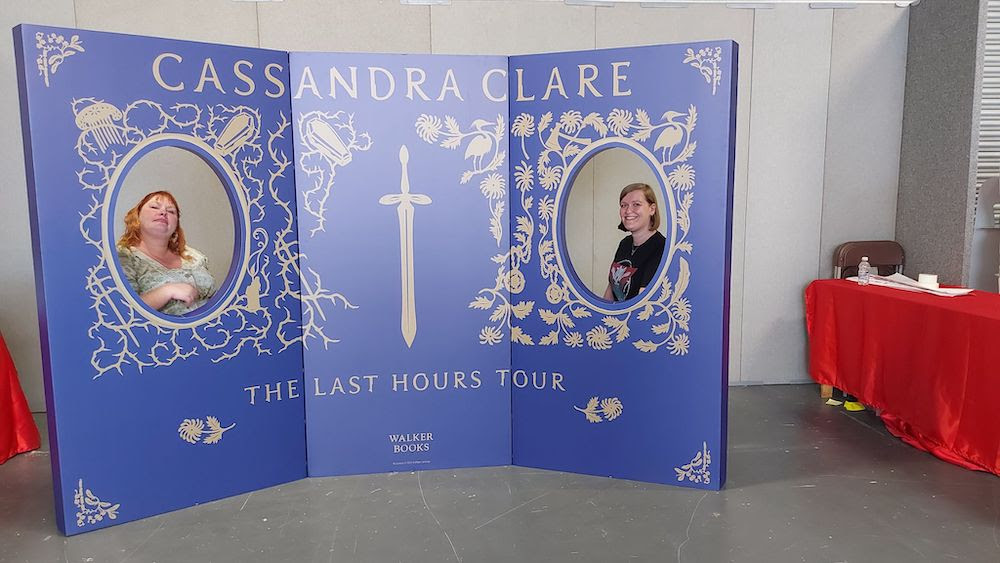 “I’ve also been doing some last minute Chain of Thorns research, and can say this cool spot in London (the Gate to Nowhere) plays an important role in the book:” 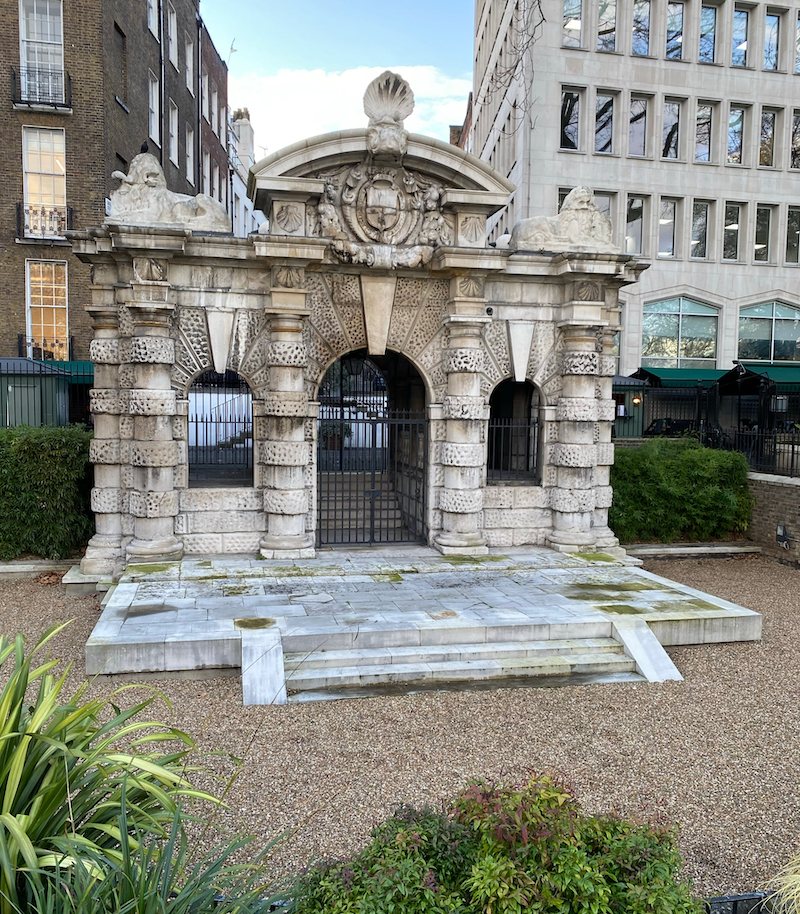 For her UK and Ireland tour, Cassie’s signed loads of bookplates (see below) and you can actually still get one if you buy an exclusive edition of Chain of Gold. I do own a copy and it is beautiful! 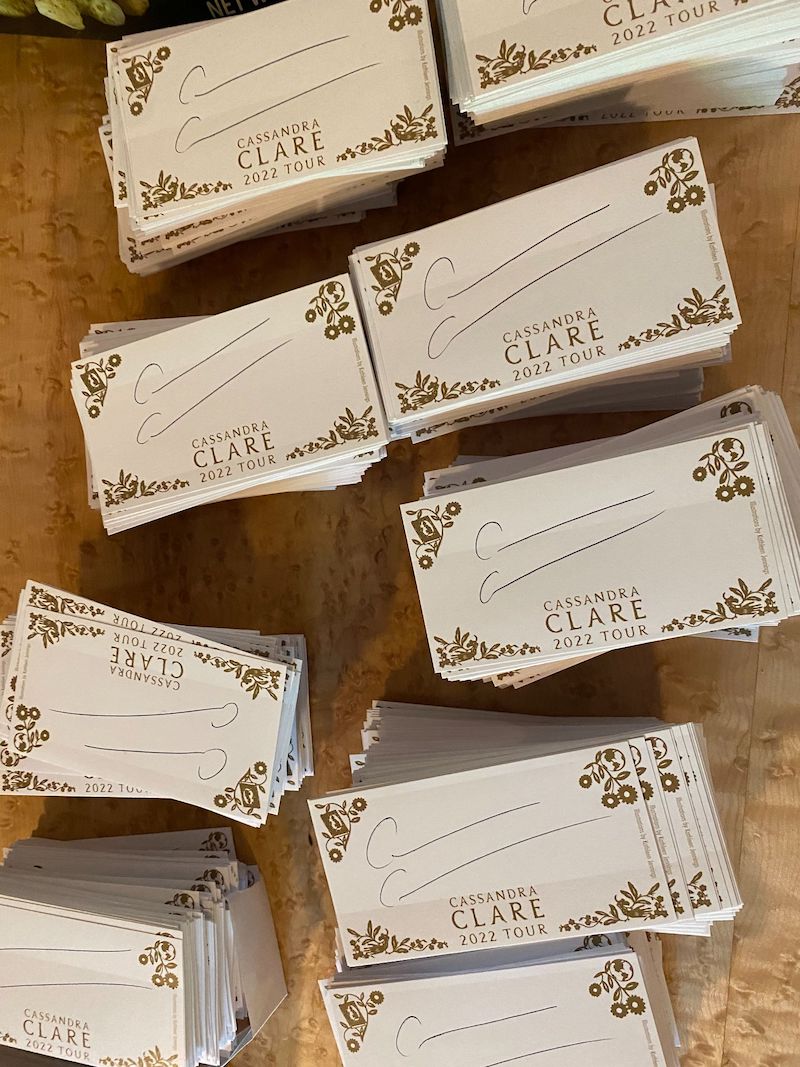 Cassie’s final two tour stops are today (Bath) and tomorrow (Dublin), if you are in the area, you can still buy tickets for the events.

If you want to extend your Shadowhunters books collection, make sure to pre-order the anniversary edition of Lord of Shadows.
“I’m delighted to see Kieran, Cristina and Mark on the cover together. The edition also contains a short story called Emma’s First Kiss, though it’s about more than that.” 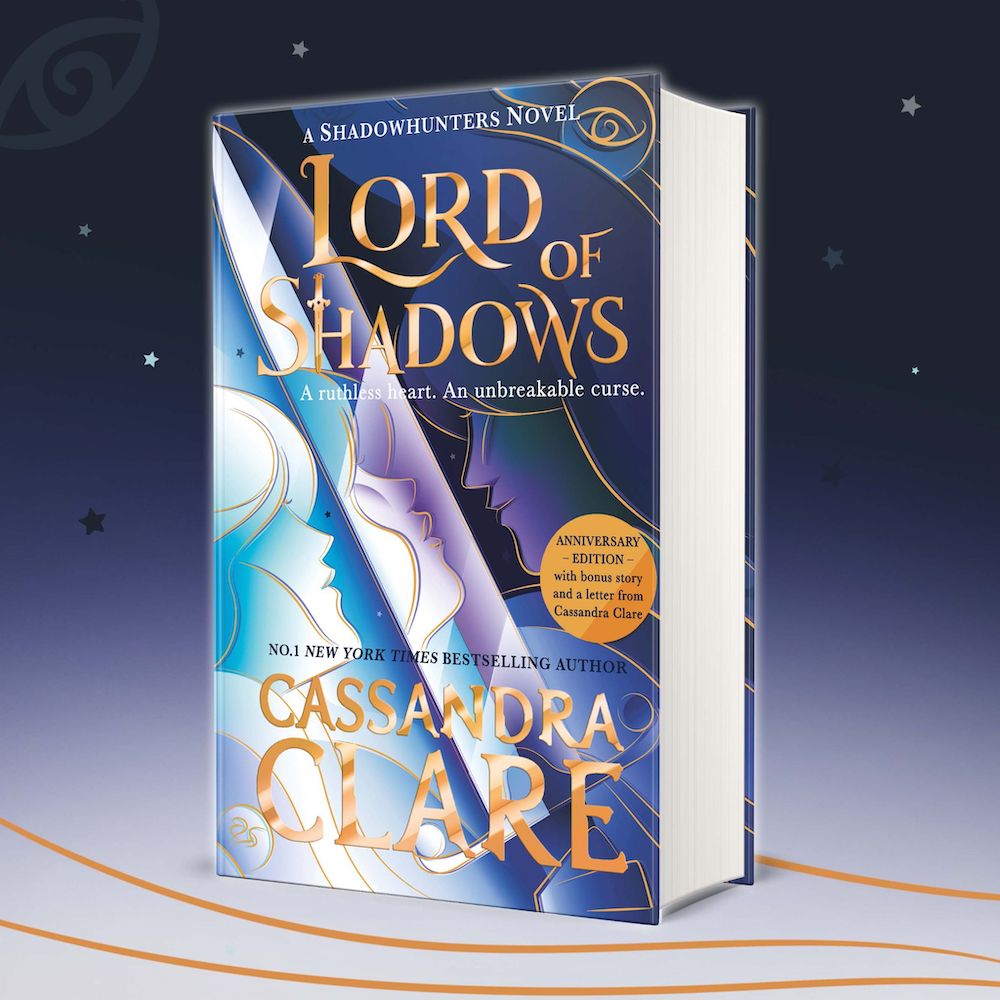 I cannot wait to get my copy in September and I’m excited to read the short story!

This month we have an illustration of a character from Sword Catcher. Merren Asper is a student at the Academie, which is the University of Castellane. In theory, he studies botany. In reality, he studies poisons — how to make toxins, and how to make antitoxins too. He can poison an arrow, a coin, or the pages of a book. He works for the Ragpicker King — the biggest crime lord in Castellane — and has a laboratory both in his student flat and at the Black Mansion, where the Ragpicker King lives. His sister is Alys Asper, a courtesan who knows Prince Conor and the other members of the royal entourage quite well. Merren has a dreamy, cheerful personality, despite being a poisoner, but a definite practical streak too. His father was a well-known merchant in the city until something quite dreadful happened to their family that led Merren to wish to learn about poisons and other methods of silent assassination . . . 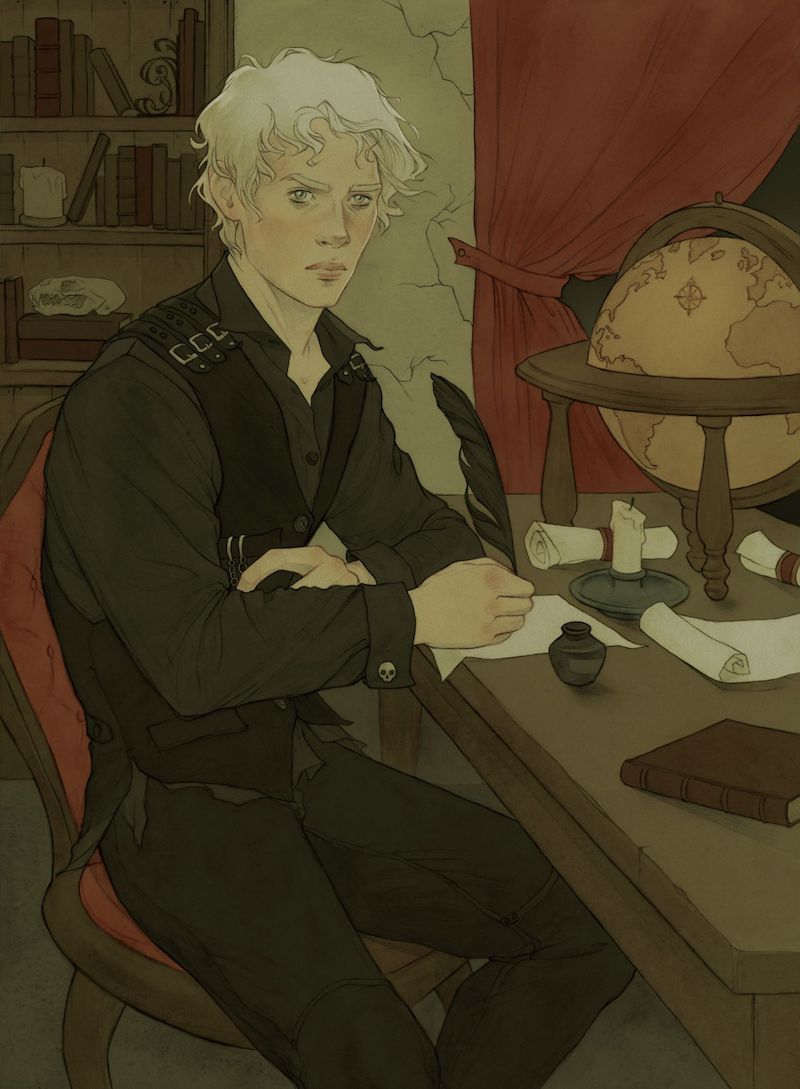 How interesting! You might remember Merren from this snippet or also this one.

This is everything you need to know today. 😀
If you are not already subscribed to Cassie’s newsletter, you can fill out this form to do so.