Happy Monday! Good news: we finally have a release date for Cassandra Clare’s first adult novel Sword Catcher. We can dive into the fictional world of Castellane with all its new characters on October 10, 2023!

You can pre-order Sword Catcher when you follow this link.
And here’s all the important info from Cassie’s newsletter that just hit inboxes:

“Two outcasts find themselves at the center of world-altering change in the start of a riveting epic fantasy series from the #1 New York Times bestselling author of The Shadowhunter Chronicles.

In the vibrant city-state of Castellane, the richest of nobles and the most debauched of criminals have one thing in common: the constant search for wealth, power, and the next hedonistic thrill.

Kel is an orphan, stolen from the life he knew to become the Sword-Catcher-the body-double of a royal heir, Prince Conor Aurelian. He has been raised alongside the prince, trained in every aspect of combat and statecraft. He and Conor are close as brothers, but Kel knows he has one destiny: to die for Conor. No other future is possible.

Lin Caster is one of the Ashkar, a small community who still possess magical abilities. By law, they must live behind walls in the city, but Lin, a physician, ventures out to tend to the sick and dying of Castellane. Despite her skills, she cannot heal her best friend Mariam without access to forbidden knowledge.

After a failed assassination attempt brings Lin and Kel together, they are drawn into the web of the mysterious Ragpicker King, the criminal ruler of Castellane’s underworld. He offers them each what they want most; but as they descend into his world of intrigue and shadow, they discover a conspiracy of corruption that reaches from the darkest gutters of Castellane to the highest tower of its palaces. As long-kept secrets begin to unravel, they must ask themselves: Is knowledge worth the price of betrayal? Can forbidden love bring down a kingdom? And will Lin and Kel’s discoveries plunge their nation into war-and the world into chaos?”

I can’t wait for you to meet all the denizens of Castillaine. To that end, here is Lin Caster, by the amazing Sasha_C.

In most cities, the Ashkar are second-class citizens, shut away in walled neighborhoods and subject to curfews and other restrictions.

But Castilaine needs the Ashkar, for two reasons. First, they are well-known as the greatest of doctors and medics, and second, they are still able to do a bit of magic.

Nothing like the magic of the old days, of course. They can weave tiny spells—protections, illusions—and instill them in amulets. Small magic. But magic nonetheless.

Lin Caster is Ashkar. Pursuing her passion for healing and medicine has caused Lin to push against resistance from all directions, and even as she has earned grudging respect for her work, she is also considered a bit peculiar, and more than a bit of a troublemaker.

But that’s Lin: she sees a problem, she goes at it until she finds a way through, no matter how intimidating it might be. That’s always worked for her. But now her closest friend Mariam is dying, and no matter how frantically Lin searches for treatments, no matter how great her skill and her insight, there seems to be nothing she can do.

But Lin is not going to stop. And maybe finding herself among forbidden books was always going to happen eventually. Here she is with her ever-present satchel, surrounded by medicinal herbs and flowers. 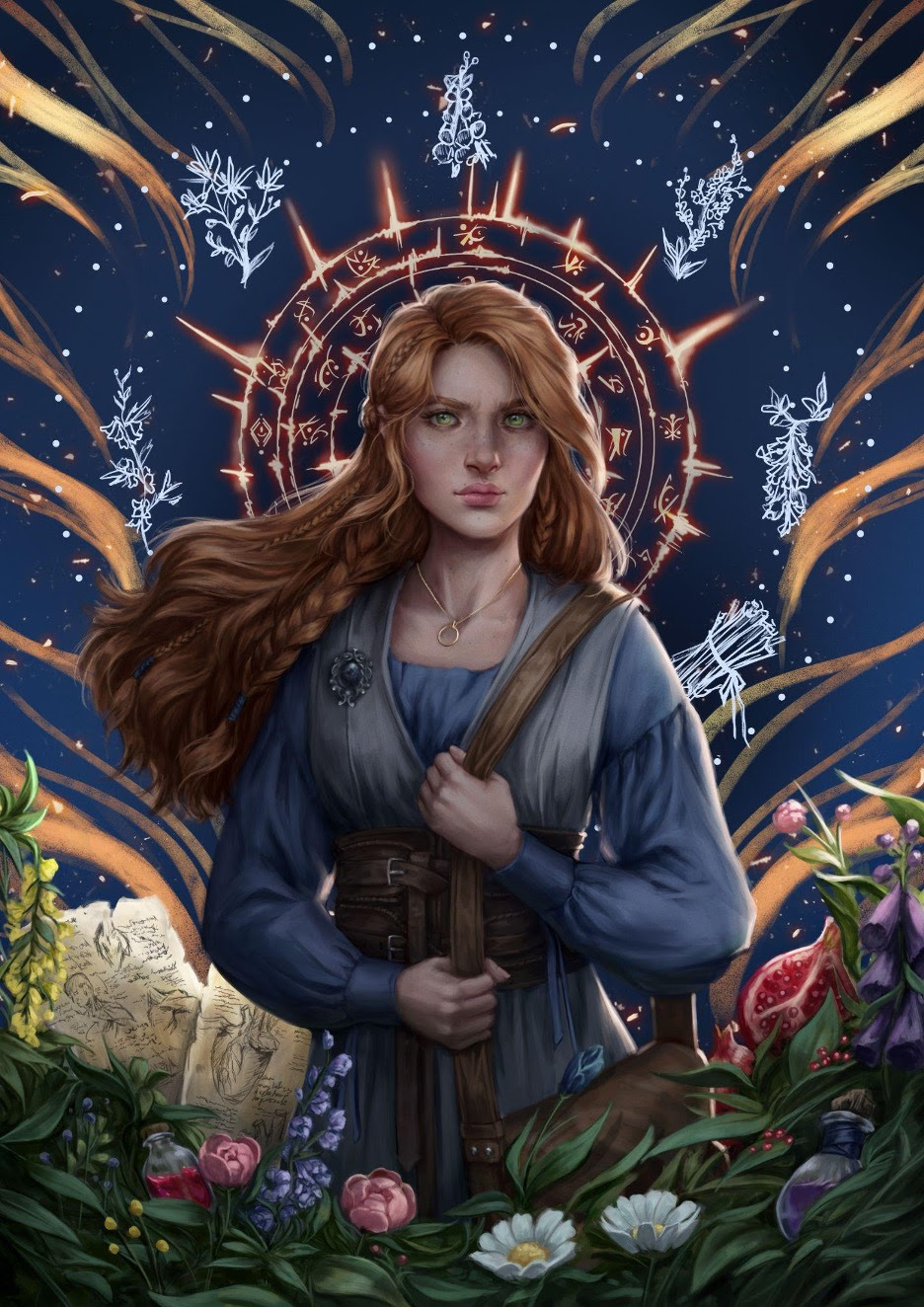 So thrilled to get to tell you this new story! Lots to do coming in 2023 – here’s hoping you have a fabulous start to your year!

I love how Lin looks and I cannot wait to meet her and all the others in 2023! 😀

Cassie also shared a video about her new release on Instagram:

Sword Catcher does not have a cover yet but as soon as there is one, you’ll find it here.
Are you excited for Cassie’s first adult novel? Let me know in the comments below!