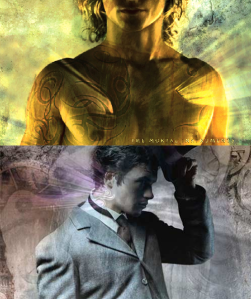 Last week Cassandra Clare confirmed that Marlene King had finished and turned in the rewritten script for The Mortal Instruments: City of Bones into the movie studio for review.

In an interview with Natalie Markey (TMI Examiner), Clare revealed that she is happy with the rewritten script.

“I really like it. The screenplay is the backbone of a movie and this version is much closer to the book,” she said.

Clare also said that fans shouldn’t expect filming to begin in January like previously thoughts as it will have to be signed off by a lot of people at the studio. But the delay won’t be a long one.

Clare also revealed some rather exciting news about The Infernal Devices, which was optioned by Unique Pictures when The Mortal Instruments was.

“They are working on a script,” she said.

Who else is totally on board with a Clockwork Angel movie?