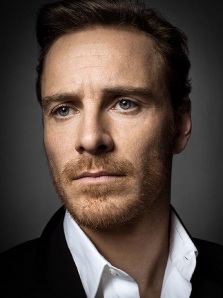 Cassandra Clare likes Michael Fassbender for Valentine. How about you?

It’s been almost a year–around 10 months precisely–since we’ve received casting news for the upcoming film adaptation of The Mortal Instruments: City of Bones, which was the casting of Jamie Campbell Bower as Jace.

Of course in that time frame the film was in a turnaround, but now things are back on track and moving quite quickly.

It looks like the next bit of casting news we might get could be one of the adult characters.

And Clare has an actor in mind for Valentine:

Michael Fassbender of X-Men: First Class, but of course it’s not up to her who is ultimately cast.

According to the post, “the kids will be cast later.”

In February, Clare revealed that Constantin had asked her for some suggestions for the role of Simon, which included a fan-favorite (presumably Logan Lerman), so casting for that role could also be underway.

Filming on The Mortal Instruments: City of Bones will begin on August 15 in Toronto.

Which actors would you like to see play Valentine, Jocelyn and Luke?

16 Comments on Is casting for adult characters in ‘City of Bones’ underway?