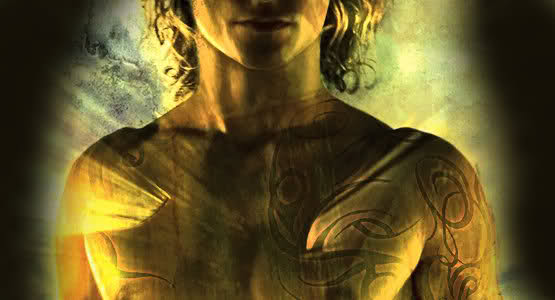 Cassandra Clare has said that Simon has been the most difficult character to cast up to this point. She touched a little on when we could have a Simon cast.

It looks like we won’t know Simon’s identity until mid-July “because of Reasons.”

Simon’s not cast; don’t look out for Simon casting till mid-July, because of Reasons. (They are good Reasons.)

Most likely it seems the (good) Reasons are schedule-related, so it could be that they are interested in an actor that has a pretty busy schedule and is likely a known actor.

But don’t get your hopes up about Logan Lerman being Simon, as his schedule is quite full and Clare acknowledged as much.

With July just a couple of days away, fans can take comfort that we should know Simon’s identity in less than a month.

On revealing the Alec casting:

I have no idea. I am waiting for a phone call that I have no idea when will come, because that phone call itself is waiting on “scheduling issues.” There is no possible way I could know or even guess how long it will take some scheduling issues whose details I wot not of to work themselves out and then for someone to remember to call me. 🙂

I think it’s interesting how people visualize the adults. JLH is only 32 I believe – very young to have a teenage daughter. And people are often surprised to remember that Jocelyn, Hodge, Luke, and Valentine are all basically the same age. Late thirties. Valentine’s a little older at around forty and I think of the Lightwood parents as being around that age too.

On whether Max Lightwood will appear in The Mortal Instruments: City of Bones:

No, he’s not.  I love Max too, but sticking to the book is probably the best move. I mean I sent Max off for the first book so there wouldn’t be a little kid around who had no parents to watch him (leaving him to the tender mercies of his demented older siblings) and I think that problem would extend to the film too.

On visiting the set during filming:

They’ve been really great about extending me an invitation to visit the set, so I think it depends on their shooting schedule, and my schedule, whether I visit the set in Toronto or when they’re filming in New York. I’ll keep you posted.

With filming slated to begin in less than two months, what are you most looking forward to as production gets underway? Sound off in the comments!

7 Comments on Casting Talk: Simon casting not coming until mid-July