The Clockwork Angel manga won’t be on sale until October 30, 2012, but fans can get excited over the official cover reveal. 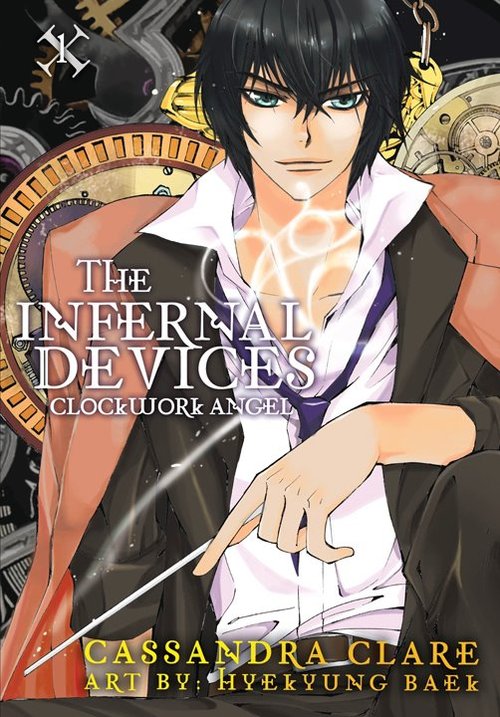 Like the book, Will Herondale is on the cover.

Here is a summary of the series by Yen Press:

A prequel to Cassandra Clare’s Mortal Instruments series, the #1 New York Times-bestselling The Infernal Devices is the story of Tessa Gray, a sixteen-year-old American girl traveling alone to Victorian London who runs afoul of the city’s sordid supernatural underworld. Rescued by the Shadowhunters of the London Institute, Tessa quickly finds herself caught up in an intrigue that may very well destroy her new friends – including the two enigmatic young men, Jem and Will, who have taken her under their wing

What do you think of the Clockwork Angel manga cover? Sound off in the comments!