The third week of filming on THE MORTAL INSTRUMENTS: CITY OF BONES kicks off in downtown Toronto for filming at Garroway Books and Curios, Luke's bookstore. Executive producer Martin Moszkowicz said that filming will begin in the early evening. Stay tuned for photos from TMI Set Day 11 as they happen from fans on the scene for filming:

-It's raining on set today

-Trucks are lined up on set via @soapiie

-Actors should begin to arrive around 2-2:30 p.m. via @stolethenight

-@humiltyc caught the film crew setting up behind Garroway Books and Curios. If you remember, Clary and Jace land in front of Garroway Books before heading out back to get inside Luke's house. They also find Simon lurking out back.

-There have a lot of cars on set today. From garbage trucks to station wagons to NYC taxis.

-Lily and Jamie were filming a scene inside via @xoAathyTox

-"They're shooting last scene before lunch D: and and outside scenes after," via @xoAathyTox

-"Jace, Clary and Simon runnin through the rain outside of Luke's bookstore!" via @dariantaylor

-"Met Aiden Turner! He even signed my CoB book!" via @dariantaylor 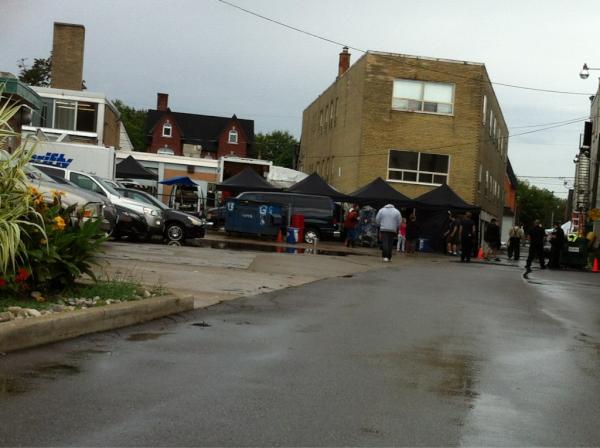 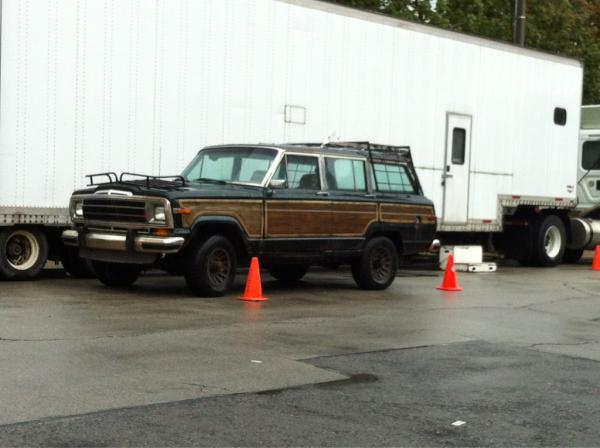 Hit the jump for more photos from Day 11 of filming on THE MORTAL INSTRUMENTS: CITY OF BONES:

11 Comments on TMI Set Day 11: Photos and updates from Garroway Books and Curios