After an exciting “Week of Mortal Love” (in which we got images of Simon, Isabelle, Alec, Jace, Magnus and Valentine, Sony Pictures unveiled the final character graphic after another day filled with clues leading up to the reveal. 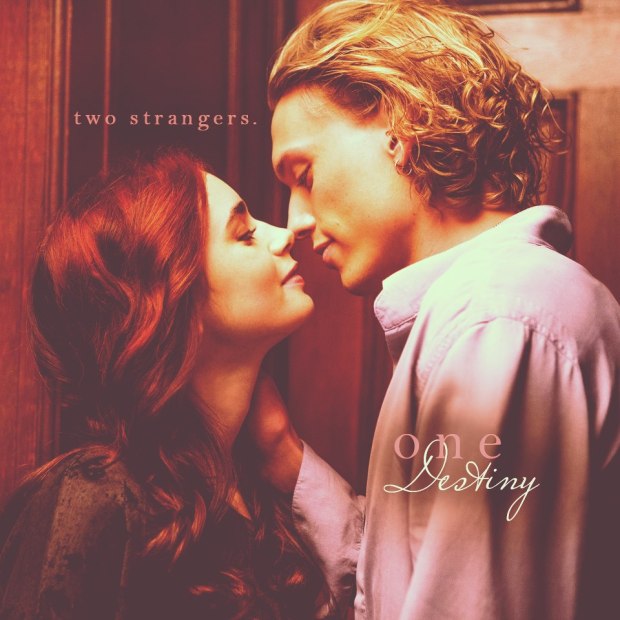 Here’s the blurb from Sony:

Here’s what Cassandra Clare had to say about the steamy still:

(On “things I noticed” — Simon’s about to come out of that door and be very unhappy, isn’t he?)

ETA: MY ENTIRE DASHBOARD IS JACE AND CLARY.

ETA: This was the main audition scene for Jace. “Are you going to sleep?” “I’ve never been more awake.”  🙂

Check out all of the official photos released so far

Thoughts? Just how much fun was this “Week of Mortal Love?” Ang how much more excited are you to The Mortal Instruments: City of Bones in August?