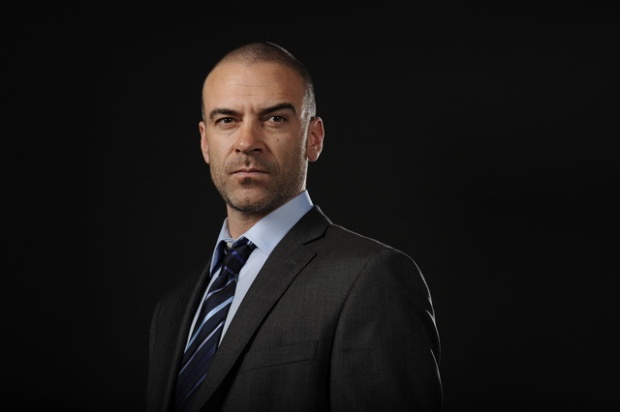 Another actor has joined the Shadowhunters family. And his character is no Father of the Year.

Alan Van Sprang has been cast as Valentine in ABC Family’s adaptation of Cassandra Clare’s best-selling The Mortal Instruments, the network announced on Friday.

Shadowhunters’ Valentine is described as a “Brilliant, cunning, and dangerously handsome” Shadowhunter who is someone “wielding immense power. His stoic, charming, and confident presence allows him control over his many followers. To seek out what he wants, Valentine executes anyone in his way, never thinking twice about it.”

Van Sprang was fantastic as King Henry on Reign, so we know he’s got this whole crazy thing down.
Here’s the press released that went out:

ABC FAMILY HAS FOUND ITS VILLAIN ‘VALENTINE’ WITH

Burbank, CA (May 8, 2015) – ABC Family found its rogue Shadowhunter villain with the casting of Alan Van Sprang (“Reign”) as‘Valentine.’ It was announced today by the network. Van Sprang will be a recurring guest star on the series.

Based on the bestselling young adult fantasy book series The Mortal Instruments by Cassandra Clare, “Shadowhunters” follows 18–year-old Clary Fray, who finds out on her birthday that she is not who she thinks she is but rather comes from a long line of Shadowhunters – human-angel hybrids who hunt down demons. When her mother, Jocelyn, is kidnapped, Clary is thrown into the world of demon hunting with mysterious Shadowhunter Jace and her best friend, Simon. Now living among faeries, warlocks, vampires and werewolves, Clary begins a journey of self-discovery as she learns more about her past and what her future may hold.

Brilliant, cunning, and dangerously handsome, Valentine is a mysterious Shadowhunter wielding immense power. His stoic, charming, and confident presence allows him control over his many followers. To seek out what he wants, Valentine executes anyone in his way, never thinking twice about it.

“Shadowhunters” is produced by Constantin Film and executive produced by Ed Decter and McG. McG will also direct the first episode. The network has previously announced Katherine McNamara as ‘Clary Fray,’ Dominic Sherwood for the role of ‘Jace Wayland,’ Alberto Rosende as ‘Simon,’ Emeraude Toubia as ‘Isabelle Lightwood,’ Matthew Daddario as ‘Alec Lightwood’ and Isaiah Mustafa as ‘Luke Garroway.’

Shadowhunters is set to begin production on May 25 in Toronto and will premiere in early 2016 on ABC Family.

26 Comments on Alan Van Sprang Cast as Valentine in ‘Shadowhunters’