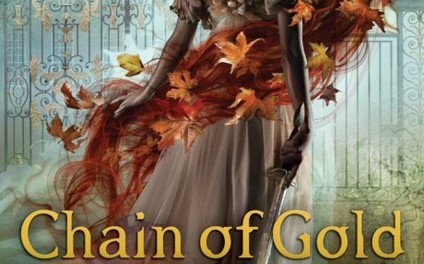 Happy June to our readers! This month is exciting for three reasons: 1. The print edition of Ghosts of the Shadow Market with two additional short stories was just released, 2. A box set of Shadowhunters short stories consisting of The Bane Chronicles, Tales from the Shadowhunter Academy, and Ghosts of the Shadow Market will be published on June 18, and 3. (my favourite) A new The Last Hours flash fiction was shared with Cassandra Clare’s readers.

Everyone who is subscribed to Cassandra Clare’s newsletter got an email with another The Last Hours story at the beginning of the month and now that it has also been shared on Cassie’s tumblr, we’re sharing it here with you. The second story features future parabatai Lucie Herondale and Cordelia Carstairs and I certainly loved reading about these two girls:

Cordelia always thought of the year that her family lived outside Paris as the last year they were truly happy. The next year Alastair would go to Shadowhunter Academy and become an altogether harder and more impenetrable person. Her father’s health declined again once they returned to England. And as if overnight, something in Cordelia would change, and her mother would begin to speak about Cordelia’s future, and how she could secure it.

But in that year, living in their small but comfortable house in Fontainebleau, all was well. And she got to see Lucie and James more that year than any other time. She would have preferred to be let loose with them in the heart of Paris, of course, but she did enjoy showing Lucie around the arcaded houses of the town, the chateau of mundane royalty, the Grand Canal along which families sat and picnicked. Lucie was ten and looked younger, but she was rather a daredevil. So of course Lucie wanted to explore the Fontainebleau Forest, and led the way there, chattering of how this had once been a much larger, ancient forest, a hunting ground for kings of old, and how she had once met a helpful changeling boy in Brocelind Forest.

“Mind, that’s a secret,” she said, darting a glance over her shoulder at Cordelia, and looking rather fey herself. “Never tell.”

Click here to read the rest of the story.

Aw, I already adore these two girls, I’m so incredibly excited to read about them next year. 😀
What do you think of this second short story? Sound off in the comments below.

Chain of Gold, the first novel in The Last Hours, is published on March 3, 2020!