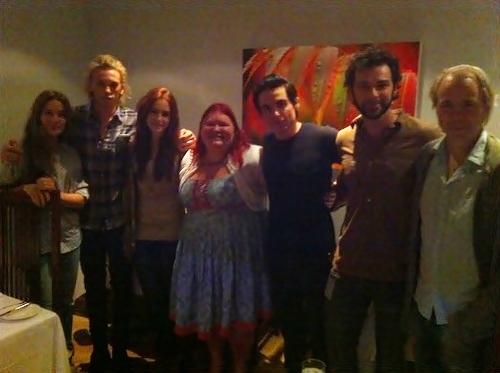 Cassandra Clare had dinner with the cast of THE MORTAL INSTRUMENTS: CITY OF BONES on Thursday night in Toronto.

Cassie revealed that the cast that are already in Toronto are those that have to do fight prep, including Jamie who has to do a somersault mid-air. Also that both Kevin and Jemima have dyed their hair black (like the photo suggests) for their roles as Alec and Isabelle Lightwood.

Lily’s hair also appears to be more red than in previous shots from Tuesday. 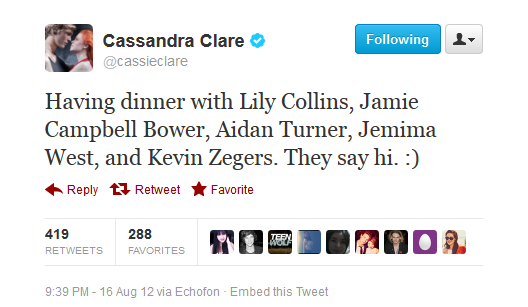 Robert Sheehan (Simon) is arriving in Toronto on Sunday and Godfrey Gao (Magnus) won’t be in Toronto until September.

Cassie was sharing tweets from fans with the cast: 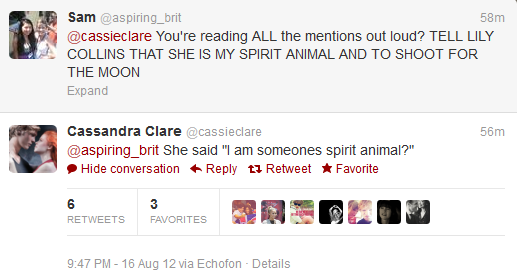 Cassie on the evening: 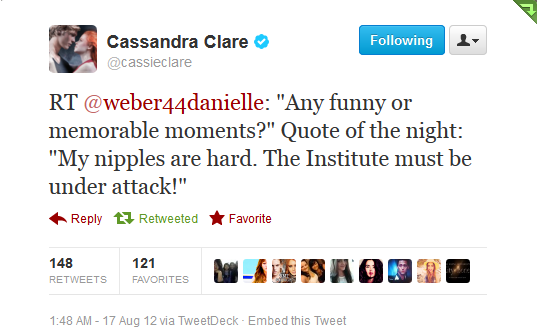 Who else is betting Jamie is the one who said that?

Cassie is leaving Friday, but will be back in a couple of weeks to watch filming.

Filming on THE MORTAL INSTRUMENTS: CITY OF BONES begins on Monday.

How beautiful is our cast?! Sound off in the comments!