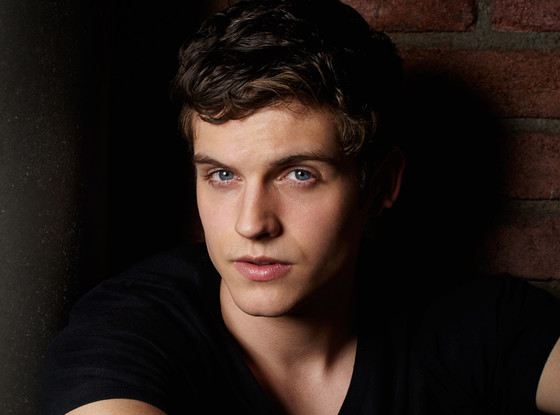 With casting currently underway for Shadowhunters, we can’t help but get excited about the new actors that will join our Shadowhunters family, including who will make his way into our hearts as Jace Herondale.

With the series’ television revival, a new cast will take center stage for the hour-long drama on ABC Family. The movie cast will not reprise their roles (read why here).

While we’ve already fan-casted our picks for Clary (FYI: Molly Quinn is our favorite), we’ve been thinking about our picks for Jace. And of course Daniel Sharman came to mind. In fact, we think he’d be perfect as the cocky, snarky, vulnerable Jace.

Of course the first thing people will point out: he’s not blonde! Well, Lily Collins wasn’t a redhead before she dyed it for the film. Same goes for Kevin Zegers and Jemima West. It’s called hair dye, and it’s a main staple in Hollywood. Point is, forget the hair. Focus on the important things, like overall hotness. I kid, I kid (okay not really).

So what are the reasons why we think Daniel would be the perfect Jace?

Sorry to get all superficial, but I only speak the truth. Just look at him. Daniel is the epitome of sex appeal. Being hot comes with the territory when you’re Jace: he’s physically attractive and he knows it; he uses it as a weapon just as much as he does his seraph blades. Plus I know I wouldn’t complain seeing him on my television every week.

2. He’s Already a Member of the “Shadowhunter” Family

If Daniel were to be cast as Jace this wouldn’t be his first foray into the Shadowhunter fandom. He narrated the audiobook for Clockwork Princess and proved to be a big fan of both of Cassie Clare’s series. It’s exactly why I love the idea of Molly Quinn playing Clary: she’s voiced audiobooks for The Mortal Instruments and she’s a fan of the books! Just think, how awesome a story would it be that these audiobook narrators eventually found their way to the small screen for a series based on Cassie’s books?

3. He’s Got the Acting Chops

Yeah, sure, Daniel is hella attractive (obviously), but he also possesses the acting chops needed for a complex character like Jace. If you’ve seen Daniel on Teen Wolf and The Originals, then you’ve gotten a glimpse of him sinking his teeth into some pretty complex characters. He’s able to pull of that cocky humor without seeming like a complete douchebag, but he’s also a master of vulnerability and stripping it down (his emotions, not his clothes, but that too) when the occasion calls for it. Just thinking about what Daniel could do with a character like Jace makes me incredibly excited and curious.

4. He Has Experience with Passionate Fandoms

The Shadowhunter fandom is at the very least a passionate one; at best, it’s a crazy, insane, dedicated one. Luckily, Daniel Sharman has some experience working with passionate fanbases. Let’s look at his two most popular roles: Teen Wolf and The Originals. Both fandoms are insanely passionate (have you seen the Teen Wolf fandom in action, it’s insane!) So having that experience acting on a show that is received as such by fans, reacting with fans and putting himself out there, Daniel would be a natural in the Shadowhunters fandom.

5. He’s All About the Supernatural

Daniel is most known for his roles as Isaac on Teen Wolf, where he played a werewolf, and Kol on The Originals, where he played a witch. Basically, Daniel seems to be drawn to the supernatural. And he thrives in the environment. Not only was this world of Shadowhunters made for Daniel, but Jace is a character that he could really sink his teeth into (no pun intended). Plus, it’d be nice to see Daniel taking on the supernatural instead of being the supernatural. What can you say, he’s a well-rounded actor.

While Daniel is currently filming a CBS medical drama pilot LFE, it has not been picked up for series yet. The thing is, hundreds of pilots are made every year in Hollywood and most of them don’t get ordered to series. But Shadowhunters already has a 13-episode order. Just saying.

@daniel_sharman And if we can ever tempt you over to Shadowhunters for anything, you just let me know. 🙂

50 Comments on ‘Shadowhunters’: 5 Reasons Why Daniel Sharman Would Be The Perfect Jace