A Recap of this Week's Highlights In Case You Missed It: Movie Monday started the week off in which we wondered how would "The Mortal Instruments: City of Bones" have fared at the MTV Movie Awards? "City of Bones" would have likely have been nominated in every category (tell me did anyone from "Twilight" make the comedic performance category? Didn't think so). It's pretty exciting to realize that in two years, "The Mortal Instruments" will be nominated and squaring off against "Twilight" and "The Hunger Games." 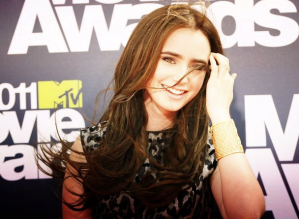 Lily Collins attended the MTV Movie Awards on Sunday night, sporting new brown locks (anyone else really looking forward to when we see her sporting red in the future?)

The trailer for "The Twilight Saga: Breaking Dawn: Part One," which stars Jamie Campbell Bower as Volturi vampire Caius, debuted on Sunday at the MTV Movie Awards. You can check him out at the :24 mark, however brief it may have been. http://youtu.be/sIpeBi6SG4A

Hollywood Crush interviewed Lily Collins on the Red Carpet at the MTV Movie Awards and Collins dished on all things Jamie Campbell Bower. Collins couldn’t be more excited, as Bower is excited to take on the role.

“The second that we had the audition I think everyone pretty much knew that he had that quality of Jace and he nailed it,” she said. “So we’re really excited and he’s really enthusiastic about it.”

This week’s Tune Tuesday focused on a song that pretty much describes Jace’s thoughts and feelings toward Clary in “City of Ashes.”

My heart beats fast again, only seems to flutter when you’re around.
You seem to cycle a smile, that lifts me up often brings me down.
My blood runs through my veins, endorphin-caged companion.
I’ll keep you by my side and dedicate you all my time.

You take all my problems, filter them up, then throw them all away.
With the pleasure comes the pain that only you could bring, cause…

You’ve been given all I have.
When you come around, I seem to give in.
In a fight I’ll never win, cause all the while you’re my favorite sin.

ActingAuditions.org posted an open casting call for “The Mortal Instruments: City of Bones,” in which they posted for both principal casting and extras casting. While filming is NOT scheduled to begin in August, as the website indicates, this is likely an indication that the studio is actively casting the rest of the characters.

If you’ve read “City of Fallen Angels” then you are familiar with our friend Maureen Brown. She had a message for Simon on her blog “Pretty When You Blog.” (Spoiler warning!) 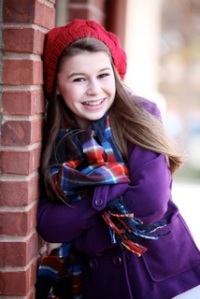 Jamie Campbell Bower made his first public appearance since he landed the role of Jace Wayland when he attended the Glamour U.K. Women of the Year Awards. Sadly, there was no mention of the role that will likely make him a superstar but he did look great sporting some Shadowhunter black. 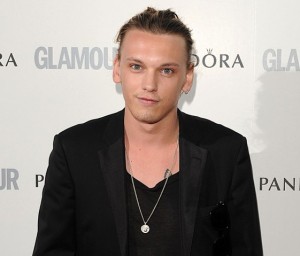 The first (and only at this point) fan video of Lily Collins and Jamie Campbell Bower as Clary Fray and Jace Wayland hit the Internet, created by  TerriJenZo.

I think it’s just amazing. These two already look amazing together and they aren’t even in the same room. Just imagine that chemistry Cassandra Clare talked about. Can’t wait to see it.

Isabelle Lightwood was recognized by our friends at Hollywood Crush as one of the “Badass Heroines of Supernatural YA.”

Here’s what Amy Wilkinson had to say about Izzy: “One-time rival Isabelle Lightwood, on the other hand, is already a demon-hunting grande dame at all of 16 years old. With her snappy sartorial sense and ever-present whip, Izzy boasts style, substance and serious slaying abilities.” 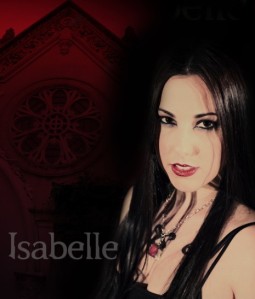 Jamie Campbell Bower is no secret to YA supernatural franchises. After stints with “Twilight” and “Harry Potter,” Bower prepares to make the jump to leading man in a YA supernatural franchise as Shadowhunter Jace Wayland in “The Mortal Instruments.” Bower suggested, in an interview with Hollywood Crush before he was cast as Jace, that perhaps he is subconsciously drawn to those kinds of stories.

90210 star Shanae Grimes revealed that Lily Collins will appear on the cover of Teen Vogue, the date of which has yet to be determined.

“I’ve got the cover shoot for Lily Collins coming up, which is hysterical, because she’s a great friend of mine. She was on 90210 once. I want to write a note, ‘FYI, I spent four hours organizing this [shoot] for you!’ I should, I really should. I’ll text her that day.”

That’s an issue that we’ll be sure to buy.

Collins at the MTV Movie Awards.

Cassandra Clare is one of 25 authors to be selected by the YALSA (Young Adult Library Services Association) to be nominated for Teen Top 10 this year, honored for the release of “Clockwork Angel.”