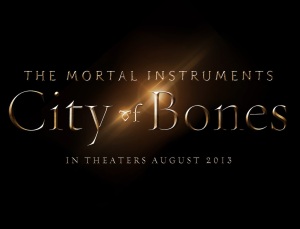 With filming on The Mortal Instruments: City of Bones set to begin in roughly a month, fans are as anxious as ever to learn the remaining cast.

But other news, like the unveiling of the official title treatment, has kept the fandom busy.

Cassandra Clare spoke to Lily Collins and Jamie Campbell Bower, who are currently in Toronto working on pre-production for City of Bones, and she said that “they’re very sweet. And very excited to be in Toronto.”

“They seem really really happy to be where they are,” Clare wrote.

Clare also said that during their conversation they discussed Simon, who has yet to be cast.

Here’s what we know:

Other its of casting updates:

The Mortal Instruments: City of Bones will hit theaters on August 23, 2013.

Who do you think was cast as Jocelyn? What are you most excited to see happen next? Sound off in the comments!